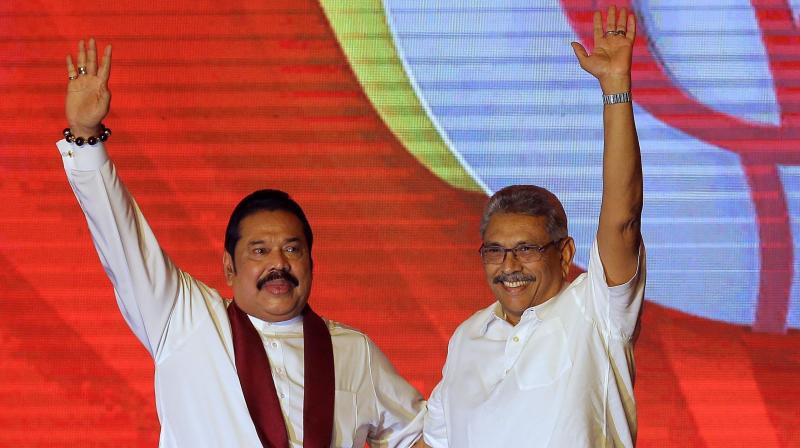 Colombo: Sri Lanka's president has agreed to replace his older brother as prime minister in a proposed interim government to solve a political impasse caused by the country's worst economic crisis in decades, a prominent lawmaker said Friday.

President Gotabaya Rajapaksa agreed that a national council will be appointed to name a new prime minister and Cabinet comprised of all parties in Parliament, lawmaker Maithripala Sirisena said after meeting with the president.

Sirisena, who was president before Rajapaksa, was a governing party lawmaker before defecting earlier this month along with nearly 40 other legislators.

However, Rohan Weliwita, a spokesperson for Prime Minister Mahinda Rajapaksa, said the president has not communicated any intent to remove the prime minister and a decision will be announced if such a step is taken.

Rajapaksa earlier reshuffled his Cabinet and offered a unity government in an attempt to quell the protests, but opposition parties refused to join a government headed by the Rajapaksa brothers.

Both the president and prime minister have held on to their positions, while three other Rajapaksa family members resigned from the Cabinet earlier in April in what appeared an attempt to pacify angry protesters.

The weak, divided opposition has been unable to form a majority and take control of Parliament on its own.