Nawaz Sharif’s brother Shehbaz, the 65-year-old Punjab CM, cannot immediately replace take over as Prime Minister as he is not an MP. 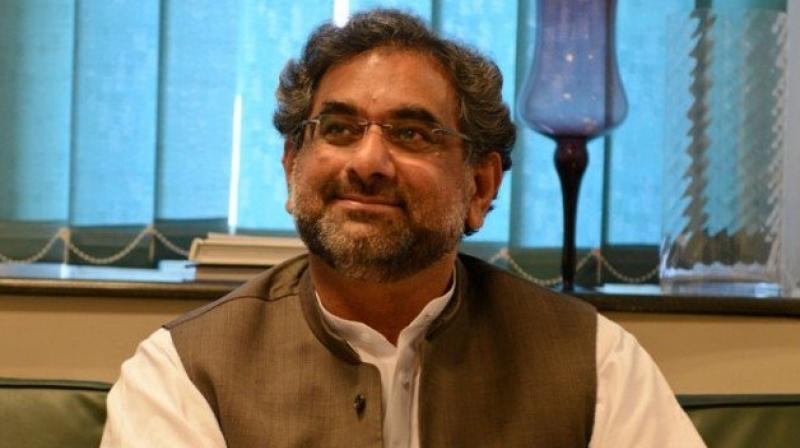 Islamabad: Pakistan’s ruling PML-N party on Saturday named former petroleum minister Shahid Khaqan Abbasi as the interim Prime Minister until ousted premier Nawaz Sharif’s younger brother and Punjab chief minister Shehbaz is elected as a member of Parliament to be his eventual successor till the 2018 polls.

The decision was taken at a meeting chaired by Nawaz Sharif and attended by the party’s top leaders who rallied behind the Sharifs, the country’s most powerful political family.

Nawaz Sharif proposed the two names for party’s formal approval. “The parliamentary board approved the nomination by Sharif as mark of trust in him,” a party leader told PTI. But Shehbaz, the 65-year-old chief minister of Punjab, cannot immediately replace his brother as he is not an MP.

Abbasi, the 58-year-old loyalist of Nawaz Sharif, is expected to serve for 45 days and will resign to let Shehbaz succeed as permanent premier, party sources said. Shehbaz will contest the election from NA-120, a constituency in Lahore which has fallen vacant due to the disqualification of Nawaz Sharif.

The Supreme Court on Friday disqualified 67-year-old Nawaz Sharif for dishonesty and ruled that corruption cases be filed against him and his children over the Panama Papers scandal, forcing the embattled leader out of office.

At the Saturday meeting, PML-N also decided to challenge Nawaz Sharif’s disqualification through a review petition in the apex court.

Nawaz Sharif was accorded a tremendous welcome when he arrived to chair the meeting. The participants chanted the party’s slogan: “Dekho dekho kaun aaya, sher aaya sher aaya.’ (Look who has come, lion has come.) Lion is PML-N’s election symbol.