Ms Zheng and her husband were employees of state-owned enterprises and faced losing their jobs if they violated the ban. 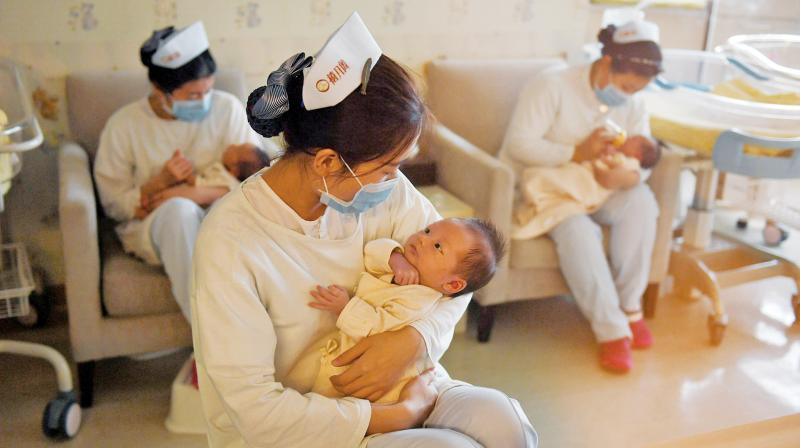 Beijing: As soon as China abandoned its one-child policy a year ago, Zheng Xiaoyu and her husband started trying for a sibling for their nine-year-old son.

Their efforts bore fruit with another boy — one of a million extra births this year. “The traditional Chinese thinking is that more children bring more blessings,” Ms Zheng said, recovering from the birth at a luxury convalescent home in Beijing.

For years the couple dreamed of a second child to keep them company in their twilight years. “Neither me nor my husband is the only child in our families. We grew up in the company of our siblings,” she said.

“Before the change, we questioned why we couldn't have a second child, why they had to limit everyone’s desire to have children.”

Since the late 1970s, strict measures in the world’s most populous country restricted most couples to only a single child, with fines for violators and even forced abortions.

Ms Zheng and her husband were employees of state-owned enterprises and faced losing their jobs if they violated the ban. Officials say it was a key contributor to China’s economic boom.

But concerns over an ageing population, gender imbalances and a shrinking workforce pushed authorities to end the restriction and allow all couples a second child from January 1.

More than 17.5 million births were expected in 2016, he told a conference in November — which would reverse a decline last year and be the highest figure since 2000.