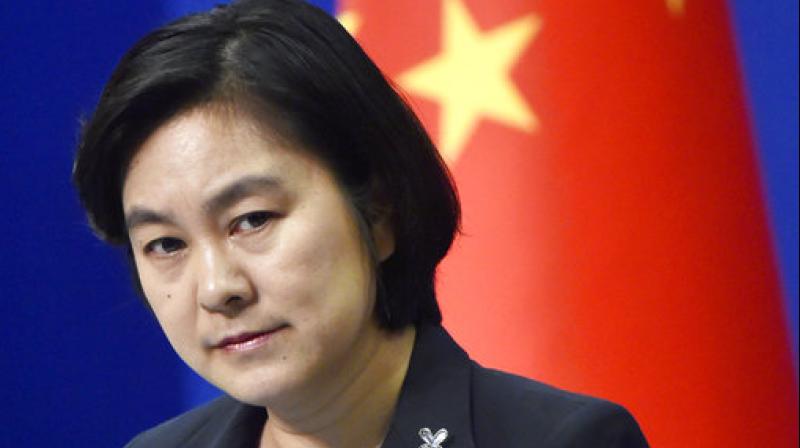 Beijing: China, on Wednesday, welcomed India's reported decision to reject Australia's request to join this year's Malabar naval exercises saying the security concerns of the different parties should be taken into account while holding such drills.

"I have seen the relevant reports on the refusal made by India for the invitation. I think India is also clear about the consideration behind this behaviour," Hua Chunying told media briefing reacting to a report that India has rejected Australia's request to join as observer to avoid backlash from China.

She however did not elaborate on India's "consideration" in rejecting Australia's request to join the naval exercises scheduled to be held in July in the Bay of Bengal.

"But I think we are happy to see normal dialogue and communications on security issues. But we also hope that when conducting such operations, the parties can fully consider the security concerns of the different parties and also play a positive and constructive role in promoting regional peace and stability," Hua said.

The three countries held their largest ever joint exercise off Japanese coast, which involved 11 vessels and 8,000 personnel.

"Such a large-scale military exercise was obviously designed to target China's submarine activities in the East and South China Seas in recent years, promote the US re-balance to the Asia-Pacific and cement the US presence in the region," an article in the state run Global said last year.

"Washington brought New Delhi and Tokyo into the exercise to relieve its pressure due to overstretched military presence around the globe and tighten its grip on the Asia-Pacific region," it had said.