His comments contradict Pakistan’s PM Imran Khan warning that a 'direct military confrontation' with India 'will get ever closer'. 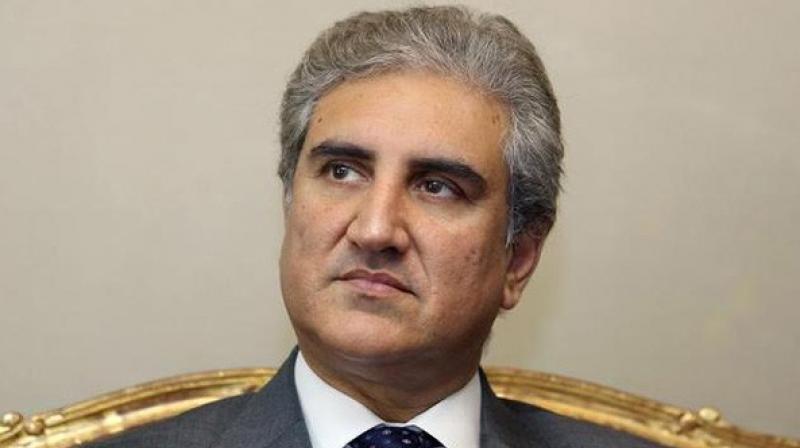 Dismissing India’s assertion that Kashmir is just a bilateral matter between India and Pakistan, Qureshi said it is an international issue. (Photo: File)

Islamabad: Amid escalating tensions between India and Pakistan over the revocation of the special status to Jammu and Kashmir, Pakistan External Affairs Minister Shah Mehmood Qureshi has stated that war is not an option to deal with the Kashmir issue.

His comments contradict the article written by Pakistan’s Prime Minister Imran Khan, in an op-ed article for The New York Times, warning that a “direct military confrontation” with India “will get ever closer” if the world ignores the Kashmir issue.

Khan had said that a nuclear shadow was hovering over South Asia and that India and Pakistan have to “move out of a zero-sum mindset to begin a dialogue on Kashmir", The Indian Express reported..

In an interview to BBC Urdu published on Saturday, Qureshi said Pakistan has always preferred peace and never followed an aggressive policy. He added that the Khan-led government has repeatedly offered India to start talks because the two nuclear-armed neighbours cannot take the risk of going on a war.

Dismissing India’s assertion that Kashmir is just a bilateral matter between India and Pakistan, Qureshi said it is an international issue.

The Pakistan Prime Minister has been acing his attack on India ever since the Narendra Modi-led government revoked Jammu and Kashmir’s special status enjoyed under Article 370. Calling India’s move on Kashmir as “illegal”, Khan said it was a violation of the United Nations Security Council resolutions on Kashmir and the Shimla Agreement between India and Pakistan.

India, however, has maintained the stance that abrogation of Article 370 provisions is its internal matter and has criticised Pakistan for making “irresponsible statements” and provocative anti-India rhetoric over internal issues.