During the meeting, the leaders also discussed current political scenario and future strategy for the PML-N, party sources said. 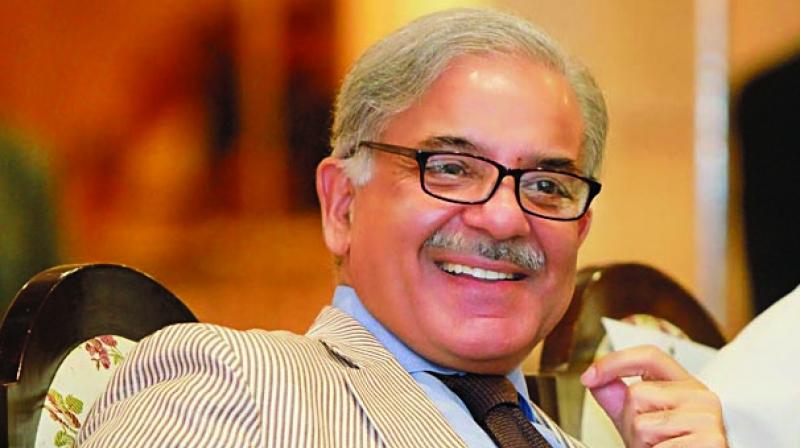 PML-N sources said that Shehbaz Sharif was likely to be given charge of the ruling party as senior party leaders met in London on Monday.

During the meeting, the leaders also discussed current political scenario and future strategy for the PML-N, party sources said.

Nawaz Sharif, who is facing National Accountability Bureau (NAB) references in Pakistan, left for London from Jeddah on Sunday while his brother Shehbaz reached London on the same day.

Prime Minister Shahid Khaqan Abbasi and foreign minister Khawaja Asif also arrived in London from Islamabad while federal minister for finance Ishaq Dar, who was summoned by the accountability court for the hearing of NAB asset reference on Monday, also joined them.

A senior PML-N leader revealed that Nawaz Sharif was expected to return from London to Pakistan on November 2 to attend accountability court hearing on November 3.

Later on Monday, Mr Sharif said that there was no “minus-Nawaz” formula being considered by the party. Speaking to reporters in London after a meeting of top PML-N leaders there, Nawaz refuted rumours of rifts within the party, the Express News reported.

Mr Sharif said that he would appear before an accountability court on November 3 in connection with National Accountability Bureau (NAB) references against him. “I can see and understand what’s going on but I will still return to Pakistan to face the court,” he added.

The PML-N chief said he was denied a fair trial in the Panamagate scandal, as he was disqualified over an iqama (UAE work permit) instead of the actual case itself.

Meanwhile, the NAB court issued bailable warrant to arrest Finance Minister Ishaq Dar as he failed to appear before Accountability Court on Monday.

The accountability court issued summon for the federal minister to appear before the court hearing a reference of assets beyond known sources of income on November 2.

The court turned down an application of exemption from the appearance presented by Mr Dar’s counsel Khawaja Haris and issued arrest warrant for his client on request by NAB prosecutor.

In earlier hearing, the accountability court ordered to freeze his assets possessed on NAB’s request in corruption reference of assets beyond known sources of income.

NAB Chairman Javed Iqbal froze the assets of the finance minister and requested the NAB court to corroborate the step. The court gave a go-ahead to the step and issued a notice to the minister to this effect.

During previous proceedings, the witnesses of the prosecution –Abdul Rahman and Masoodul Ghani— submitted the details of Mr Dar’s bank accounts. Abdul Rahman said he had two sacks full of record.