Rahmani has requested asylum in the US after allegedly receiving death threats from hardline insurgents. 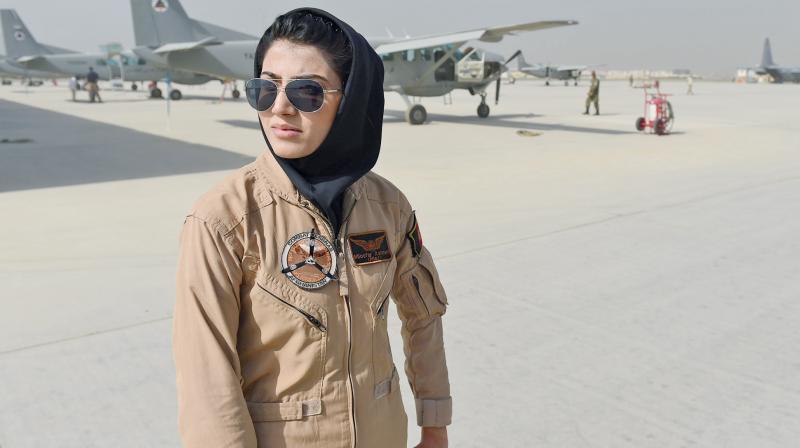 Kabul: A group of Afghan activists has requested U.S. President Barack Obama to reject the asylum request of Captain Niloofar Rahmani, the first female fixed wing pilot in Afghanistan’s air force, and deport her insisting she does not face any kind of threat to her life.

Twenty-five-year-old Rahmani has requested asylum in the US after allegedly receiving death threats from hardline insurgents, reports the Khaama Press.

The activists said in an open letter to Obama that accepting and granting asylum to such individuals, who hold vital position and have important responsibilities, not only has bad impact to our country, but also encourages other citizens to seek asylum through illegal ways or seek asylum while they are sent to official visits by Afghan government to the US and other developed nations.

“The findings of the White Assembly’s Research Team show that Ms Nelofar Rahmani, the Fixed-wing Air Force aviator of Afghanistan, who filled an asylum application for the USA, is not facing any forms of threats, while she enjoys a safe atmosphere with some extraordinary security masseurs. Furthermore, there is no threat and obstacle for her to carry out her duties safely and securely in Afghanistan both in her career environment and her personal life,” said the letter.