World   Europe  02 May 2020  Countries must prepare for virus resurgence after easing lockdown: WHO
World, Europe

Countries must prepare for virus resurgence after easing lockdown: WHO 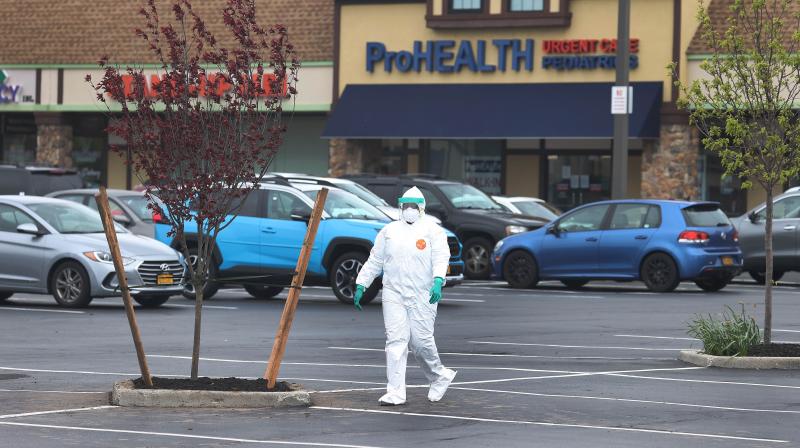 Geneva/London: Countries must lift lockdowns gradually, while still being “on the look-out” for COVID-19 and ready to restore restrictions if the virus jumps back, the World Health Organization (WHO) said on Friday.

Vulnerable people in institutions, including those in long-term care facilities, prisons and migrant dormitories, must be protected, its top emergencies expert Dr Mike Ryan said.

Even if the virus is coming under control, communities must know to still follow physical distancing and hygiene measures, and testing of suspect cases must continue, he said.

“It’s really important that as countries ease those measures that they are constantly on the look out for a jump in infections and in particular are dealing with the transmission in special settings,” Ryan told in a news conference.

The virus has spread in facilities for the elderly in Europe and North America, while in Singapore it has infected migrant workers in dormitories, he said, adding: “Because a spark in a situation like that turns into a fire very very quickly.”

The WHO recognises the difficulty for governments to maintain lockdowns during the pandemic, “for social, psychological and economic reasons”, Ryan said.

“So we are very anxious that we can move to a situation where the disease can be kept under control with less severe measures,” he said.

“But at the same time we want to avoid a situation where we release measures too easily and then we bounce back into the intense transmission and we have to do it all over again,” he said.

Even as some Western countries begin easing lockdowns, there are worrying trends of spread in countries from Haiti to Somalia and Yemen, Ryan said. He also cited Sudan, South Sudan, Syria, Yemen, Afghanistan, Sierre Leone, Central African Republic, and a “serious cluster” in Kano, northern Nigeria.

Regarding the new coronavirus that first emerged late last year in the central Chinese city of Wuhan, he reiterated that scientists examining its genetic sequences have assured the WHO that “this virus is natural in origin”.

WHO director-general Tedros Adhanom Ghebreyesus gave a robust defence of his and the WHO’s “timely” actions in declaring the new coronavirus an international emergency at the end of January.

The January 30 declaration was made in “enough time for the rest of the world to respond” because at that stage outside China there were only 82 cases of infection and no deaths, he said.

Tedros said the WHO, which is seeking to lead the global response to the COVID-19 pandemic, had used the days before declaring the global emergency as time to visit China to learn more about the new virus.

During that visit, they also won a “ground-breaking agreement” with China to send in investigators, Tedros said.

Tedros, asked about relations with the United States - its biggest donor which has suspended funding after criticising WHO’s handling of the pandemic - said: “We are actually in constant contact and we work together.” He gave no further details.