Russian Prime Minister Mikhail Mishustin will visit Minsk on Thursday, after weeks of protests against a disputed presidential election 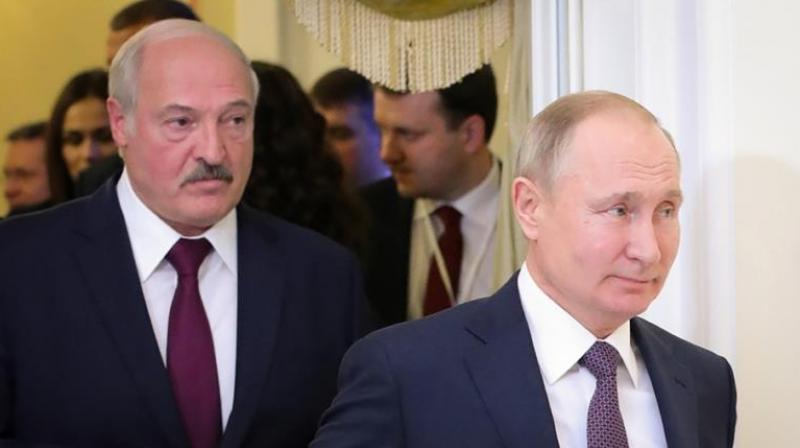 President Vladimir Putin (right) would host Belarus's authoritarian leader Alexander Lukashenko in Moscow "in the next couple of weeks". (AFP)

Lavrov also confirmed that President Vladimir Putin would host Belarus's authoritarian leader Alexander Lukashenko in Moscow "in the next couple of weeks".

He made the announcements at the start of a meeting with his Belarusian counterpart in Moscow, Russian news agencies reported.

Unprecedented protests broke out in ex-Soviet Belarus after Lukashenko, who has ruled the ex-Soviet state for 26 years, claimed re-election with 80 percent of the vote in the August 9 poll.

The 66-year-old strongman has refused to give in to protesters' demands to quit.

Putin has backed Lukashenko and raised the possibility of sending military support if Belarus "starts to get out of control".

Belarus has for years relied on Russia for cheap oil and loans and further economic assistance is likely to top the agenda of Mishustin's visit to Minsk.

In recent years the Kremlin has pushed for closer economic and political integration between the two ex-Soviet countries but Lukashenko has resisted an outright unification.

Khrenin will take part in a meeting of defence ministers of post-Soviet countries, it said.