Eight people were killed and 11 injured in Lower Manhattan, New York, on Tuesday when a truck driver hit people. 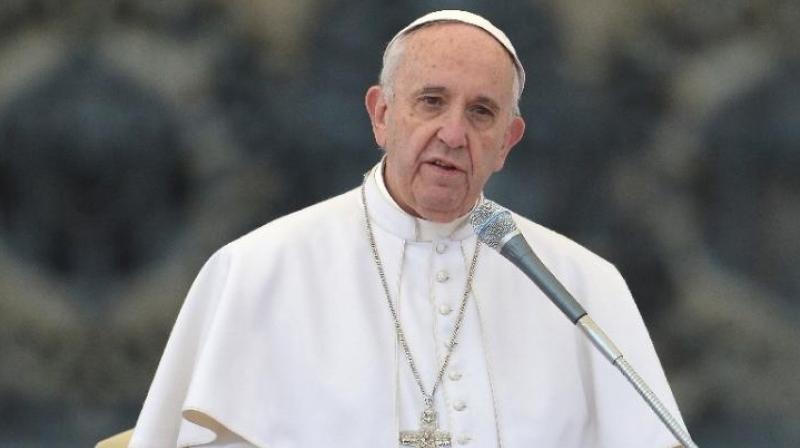 Vatican City:  Pope Francis has admitted that he sometimes nods off while praying, BBC reported on Wednesday.

“When I pray, sometimes I fall asleep,” he said in an episode of a Catholic TV2000 television programme published on Youtube.

“Saint Theresa used to do it too”, the 80-year-old pontiff said — in reference to the 19th Century Catholic saint.

But he said that falling asleep during prayer actually pleased God and that Christians were called to “feel like children lying in their fathers’ arms”.

The Argentine has been head of the Roman Catholic Church since 2013, and has a busy schedule of international visits and public appearances.

He has become known for some moderate reforms and openness in his papacy - in particular his use of simple, direct language.

Meanwhile, Pope Francis condemned on Wednesday recent terror attacks around the world, including in New York where eight people were killed, saying he was “saddened” by events.

“I am saddened by the terrorist attacks in recent days in Somalia, Afghanistan and yesterday in New York,” the pope said during his Angelus prayer in St Peter’s Square. He asked people to pray that God “converts the hearts of terrorists and frees the world of hatred and murderous madness, which abuses the name of God to disseminate death,” adding that he was praying for the victims and their families.

Eight people were killed and 11 injured in Lower Manhattan, New York, on Tuesday when a truck driver hit people.