Around the same time in April, UK Prime Minister Boris Johnson was admitted to hospital after testing positive for the virus 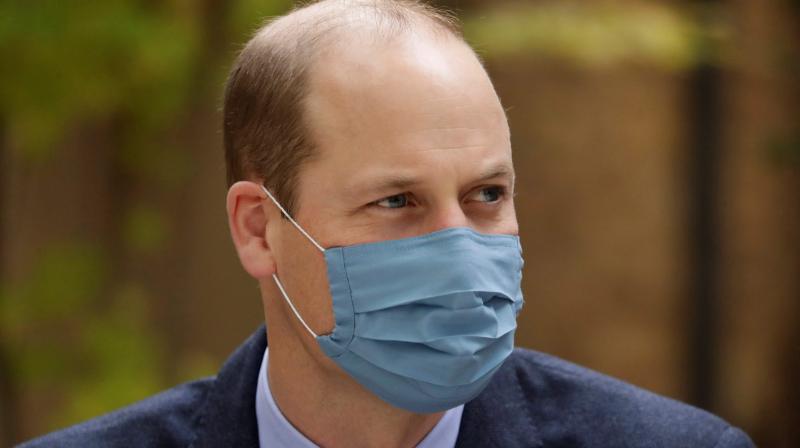 Britain's Prince William, Duke of Cambridge wears a face mask as he visits St. Bartholomew's Hospital in London. - Prince William tested positive for coronavirus in April according to media reports on November 2, 2020. (AFP)

London: Britain's Prince William kept his positive coronavirus test in April a secret in order to not worry anyone around the time his father, Prince Charles, was also self-isolating after his own COVID-19 diagnosis, UK media reports claimed on Monday.

The 38-year-old Duke of Cambridge, who is the second in line to the British throne, was treated by palace doctors and followed government guidelines by isolating at his family home Anmer Hall, in Norfolk, eastern England.

Despite his illness, he managed to carry out around 14 telephone and video call engagements in April, including phoning National Health Service (NHS) workers at Queen's Hospital in Burton.

A source told The Sun' newspaper that the prince had been "hit pretty hard by the virus", adding that it "really knocked him for six". Kensington Palace, the Duke of Cambridge's office in London, declined to comment but did not deny the claim.

William has not publicly confirmed that he had the virus, but according to reports he told an observer at an engagement: "There were important things going on and I didn't want to worry anyone."

Around that time in April, UK Prime Minister Boris Johnson was admitted to hospital after testing positive for the virus and was moved to intensive care and later thanked healthcare workers for saving his life, saying it "could have gone either way".

Prince Charles, 71, meanwhile, had spent time in self-isolation after his positive coronavirus test at Balmoral Castle in Scotland around end-March, early April, which marked the peak of the first wave of the coronavirus pandemic.

William, father to George, 7, Charlotte, 5, and Louis, 2, had a seven-day break after April 9 but opened the Nightingale Hospital in Birmingham by video on April 16.

Last week, William joined wife Kate Middleton to praise NHS workers for their "humility and compassion" at the Pride of Britain Awards.

The royal couple met six representatives of the NHS to present them with the award at one of Britain's oldest hospitals, St. Bartholomew's in the City of London.

"The devastating impact of the coronavirus pandemic has reminded us as a nation of how much we owe to the thousands of NHS workers who have gone far beyond the call of duty this year, said William.