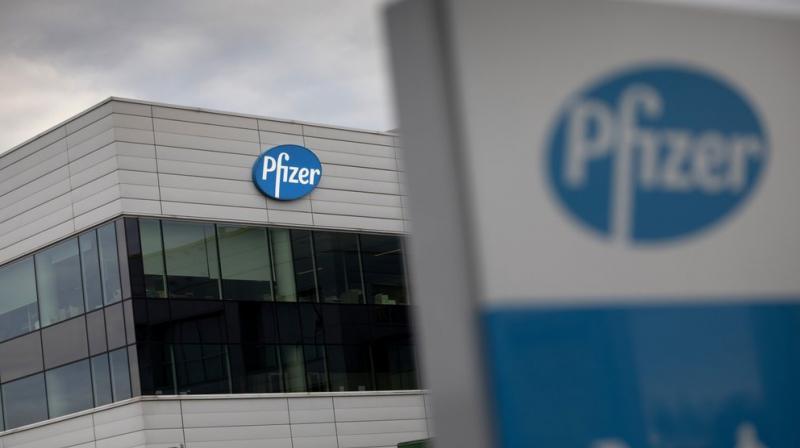 A general view of Pfizer Manufacturing Belgium in Puurs, Belgium. Pfizer and BioNTech say they've won permission Wednesday, Dec. 2, 2020, for emergency use of their COVID-19 vaccine in Britain, the world’s first coronavirus shot that’s backed by rigorous science -- and a major step toward eventually ending the pandemic.(AP)

LONDON: Britain on Wednesday became the first country in the world to approve the Pfizer-BioNTech COVID-19 vaccine for use and said that it will be rolled out from early next week.

A vaccine is seen as the best chance for the world to get back to some semblance of normality amid a global pandemic which has killed nearly 1.5 million people and upended the global economy.

“The government has today accepted the recommendation from the independent Medicines and Healthcare products Regulatory Agency (MHRA) to approve Pfizer-BioNTech’s COVID-19 vaccine for use,” the government said.

“The vaccine will be made available across the UK from next week.”

Britain’s vaccine committee will decide which priority groups will get the jab first such as care home residents, health and care staff, the elderly and people who are clinically extremely vulnerable.

Both Pfizer-BioNTech and U.S. biotech firm Moderna have reported preliminary findings of more than 90% effectiveness - an unexpectedly high rate - in trials of their vaccines, which are both based on new messenger RNA (mRNA) technology.

Pfizer said Britain’s emergency use authorization marks a historic moment in the fight against COVID-19.

“This authorization is a goal we have been working toward since we first declared that science will win, and we applaud the MHRA for their ability to conduct a careful assessment and take timely action to help protect the people of the U.K.,” said CEO Albert Bourla.

“As we anticipate further authorizations and approvals, we are focused on moving with the same level of urgency to safely supply a high-quality vaccine around the world.”

Health Secretary Matt Hancock said the programme would begin early next week. Hospitals, he said, were already ready to receive it.