May called the snap election last month, saying she wanted a stronger mandate from the public ahead of the Brexit talks. 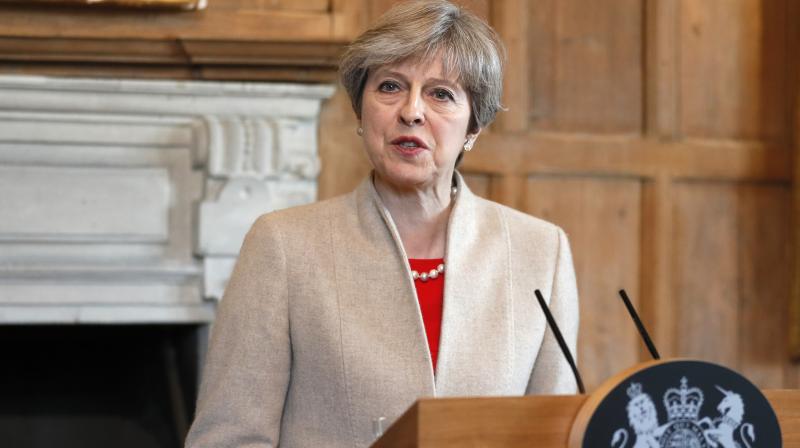 London: Prime Minister Theresa May on Wednesday accused Brussels of deliberately making "threats against Britain" over the Brexit talks in order to affect the outcome of next month's general election.

In a tough statement outside Downing Street, just hours after the European Union's negotiator set out his plans for the negotiations, May said some people in the EU did not want the negotiations to succeed.

"In the last few days, we have seen just how tough these talks are likely to be," the Conservative Party leader said, charging that Britain's negotiating position had been "misrepresented" in the European press.

"The European Commission's negotiating stance has hardened. Threats against Britain have been issued by European politicians and officials," she said.

"All of these acts have been deliberately timed to affect the result of the general election that will take place on June 8."

"The events of the last few days have shown that -- whatever our wishes, and however reasonable the positions of Europe's other leaders -- there are some in Brussels who do not want these talks to succeed. Who do not want Britain to prosper," May added.

May called the snap election last month, saying she wanted a stronger mandate from the public ahead of the Brexit talks, which are due to start in June.

"Whoever wins on 8 June will face one overriding task: to get the best possible deal for this United Kingdom from Brexit. If we don't get the negotiation right, if we let the bureaucrats of Brussels run over us, we will lose the chance to build a fairer society," she said.

May made her comments after she visited the head of state Queen Elizabeth II to mark the dissolution of parliament ahead of the election.