'Only together the 27 EU member countries have enough weight to achieve ambitious deals with China,' the German Chancellor said 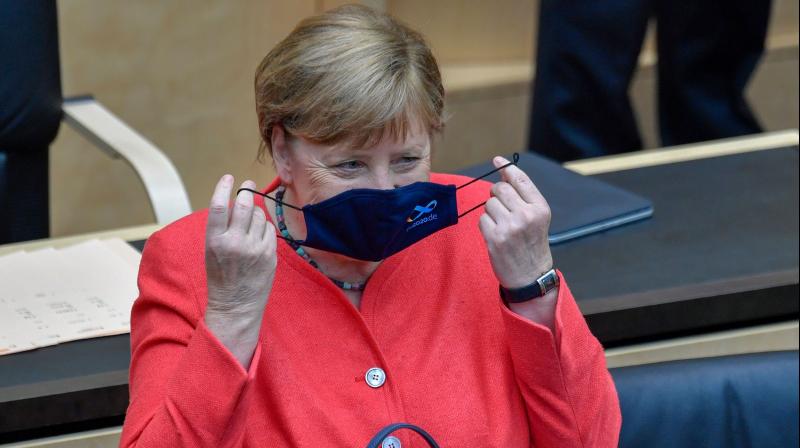 German Chancellor Angela Merkel puts on a face mask with the logo of Germany's EU presidency before speaking to one of the German State Premiers on July 3, 2020 at the German Federal Council (Bundesrat) in Berlin. (AFP)

Berlin: The European Union must speak with one voice to China if it wants to achieve ambitious deals that secure the bloc’s interests, German Chancellor Angela Merkel said on Friday, voicing concerns over a new Chinese security law in Hong Kong.

“In order to have successful relations with China and to represent our European interests effectively, Europe must speak decisively with one voice,” Merkel told Bundesrat upper house. “Only together the 27 EU member countries have enough weight to achieve ambitious deals with China.”

She added: “Based on an open dialogue we also speak about the rule of law and human rights as well as the future of Hong Kong where we are concerned that the important principle of one country, two systems is being eroded.”