Scientists monitoring Earth's climate and environment have delivered a cascade of grim news in 2017. 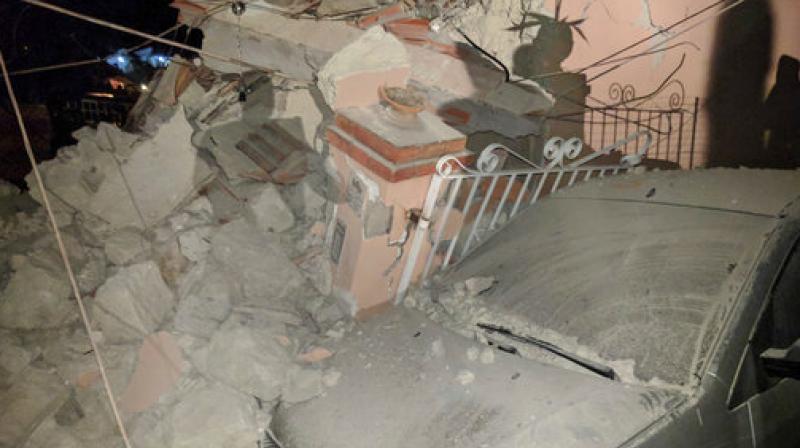 The pace of natural disasters is likely to pick up, threatening the homes and livelihoods of tens of millions of people in low-lying areas around the world. (Photo: AP/Representational)

Paris: Scientists monitoring Earth's climate and environment have delivered a cascade of grim news in 2017, adding to the urgency of UN talks in Bonn next week tasked with ramping up efforts to tame global warming.

Here's a summary of recent finding.

Our planet's rising fever is caused by the accumulation of heat-trapping greenhouse gases in the atmosphere, especially carbon dioxide (CO2) cast off when fossil fuels are burned to produce energy.

Sixteen of the hottest years on record have occurred since the start of the 21st century.

The 196-nation Paris Agreement calls on humanity to block the rise in temperature at "well below" 2.0 C (3.6 F) compared to pre-industrial levels, and to consider setting the cap at 1.5 C.

Concentrations of the second-most important greenhouse gases - methane (CH4) -- have also risen sharply over the last decade, driven by leakage from the gas industry's fracking boom, and growth in global livestock.

Many climate scientists argue that capping CO2 at 450 ppm gives us a fighting chance of staying under the 2 C threshold. Others say that the limit for a "climate-safe" world is much lower, around 350 ppm.

But long-term trends are unmistakable: Arctic sea ice cover is declining at a rate of 13.2 percent per decade, relative to the 1981-2010 average.

Climate models predict that the Arctic Ocean could be ice-free in summer as early as 2030.

At the other end of the world, Antarctic sea ice hit the lowest extent ever recorded by satellites last year as well.

Earth's two massive ice sheets - atop Greenland and Antarctica - are currently shedding 286 and 127 billion tonnes of mass per year, respectively.

High-altitude glaciers, meanwhile, declined in surface area in 2016 for the 37th year in a row.

The WMO says there are demonstrable links between man-made climate change and some extreme events, especially heatwaves.

2017 saw the first severe tropical storm known to sustain winds of 295 kilometres per hour (185 miles per hour) for more than 33 hours (Irma); and a hurricane that dropped a record 125 centimetres of water (nearly 50 inches) on land (Harvey).

The intensity of typhoons battering China, Taiwan, Japan and the Korean Peninsula since 1980, one study has shown, has increased by 12 to 15 percent.

Natural disasters drive about 26 million people into poverty every year, says the World Bank, and cause annual losses of about $520 million (463 million euros).

Sea level - caused mainly by the expansion of water as it warms, and runoff from ice sheets and glaciers - is currently rising by 3.4 millimetres (0.13 inches) per year. Since 1993, the global ocean watermark has gone up by 84.8 mm (3.3 inches).

The pace is likely to pick up, threatening the homes and livelihoods of tens of millions of people in low-lying areas around the world.

The National Oceanic and Atmospheric Administration (NOAA) said in January the global average sea level could be between 0.3 and 2.5 metres (one foot to 8.2 feet) higher by 2100.

Of the 8,688 species of animals and plants listed as "threatened" on the International Union for the Conservation of Nature's (IUCN) Red List, 19 percent - 1,688 species - have been negatively affected by climate change.

Scientists say that Earth has entered a "mass extinction event," only the 6th in the last half-billion years.