After Diljeet Grewal left, the woman was able to call a friend who was outside the UK, who in turn contacted the police. 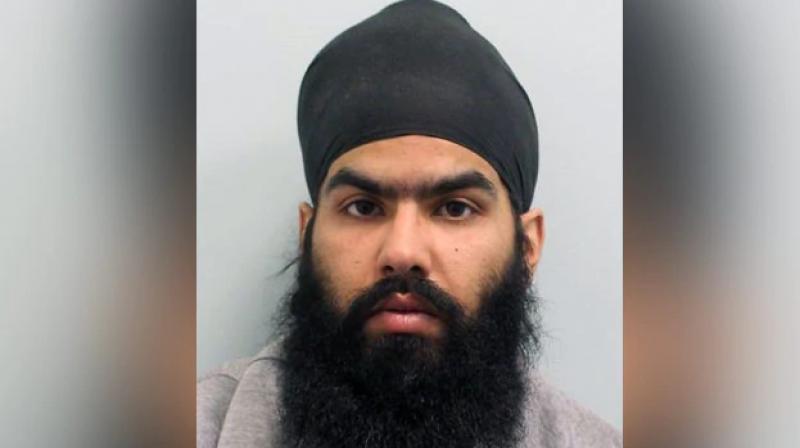 Diljeet Grewal was found guilty of rape, sexual assault and aggravated burglary at Isleworth Crown Court and sentenced on Friday to 15 years behind bars, with a further five years on "licence" to be monitored upon release. (Photo: News.met.police.uk)

London: An Indian-origin man who raped and robbed a woman at knife point in south-east England has been sentenced to 15 years' imprisonment by a UK court.

Diljeet Grewal was found guilty of rape, sexual assault and aggravated burglary at Isleworth Crown Court and sentenced on Friday to 15 years behind bars, with a further five years on "licence" to be monitored upon release.

The court was told how the 28-year-old met the survivor, a woman in her 30s, for a pre-arranged meeting at her address in Hillingdon in April this year and upon entering produced a knife and threatened the woman causing her to fear for her life.

He went on to carry out a "sustained attack", which lasted for approximately two-and-a-half hours.

"I welcome this sentencing and hope it gives the victim some measure of closure. I would like to thank the victim for her bravery in supporting our investigation and identifying Grewal as her attacker," said Detective Constable Mark Palmer, who led the investigation.

"I also hope it encourages any victims of sexual assault, to come forward and trust that officers will treat crimes of this nature respectfully and seriously regardless of the circumstances," he said.

After physically attacking the woman, Diljeet Grewal stole her phone and threatened her again, this time demanding money. She handed him cash from her handbag, but he continued to ransack her room looking for more money, before fleeing the building.

After Diljeet Grewal left, the woman was able to call a friend who was outside the UK, who in turn contacted the police.

Officers attended the scene and upon arrival found Diljeet Grewal lurking outside the address. He matched the description of the suspect and when spoken to, he identified himself and was detained immediately and taken to a west London police station.

Officers began searching the area around the building where Diljeet Grewal was first seen. A knife was recovered which he denied was his. Forensic examination identified the weapon as the one used during the attack.

Officers spoke to the woman - who had a number of injuries - and she also identified Diljeet Grewal as her attacker. She was supported by specially trained officers from the Metropolitan Police's West Area Safeguarding Team throughout the investigation.

Detectives from the Met's Hounslow's Safeguarding Team launched an immediate investigation where forensics were analysed and CCTV footage was seized and Grewal was charged with rape and aggravated burglary on April 29. He was convicted of the charges in August and sentenced this week.