EU diplomatic chief Federica Mogherini said the primary responsibility of the regime was to protect and not attack its people. 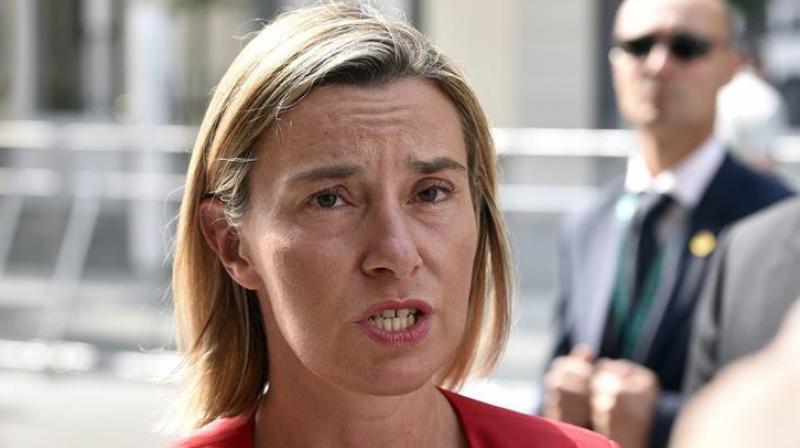 Brussels: The regime of Bashar al-Assad bears "primary responsibility" for a suspected chemical attack that killed at least 58 people in a rebel-held town in Syria, EU diplomatic chief Federica Mogherini said on Tuesday.

"Today the news is awful," Mogherini said in an interview with media organisations in Brussels on the sidelines of a EU-UN conference that was meant to focus on the post-conflict situation in Syria.

"But this is a dramatic reminder that the situation on the ground continues to be dramatic in many parts of Syria," Mogherini said.

The EU and the UN are co-chairing a two-day conference to follow up on a London meeting last year which raised USD 11 billion (10 billion euros) for aid programmes to help the devastated country.

Former Italian foreign minister Mogherini admitted it was surreal" to be talking about the post-conflict situation but said the world had to plan ahead.

"I know it can sound surreal to start planning peace when in middle of conflict but... you hear this more than anything else, they want peace and want to get out of this terrible situation," she said.

The conference aimed to keep funding at the level of the London conference for three years and check if London pledges have been delivered on.

"The message is on the human side we do not want to see the human support for Syria and Syrians diminishing," she said.