World   Europe  05 May 2017  At UNHRC, India says it's secular state with no state religion
World, Europe

At UNHRC, India says it's secular state with no state religion 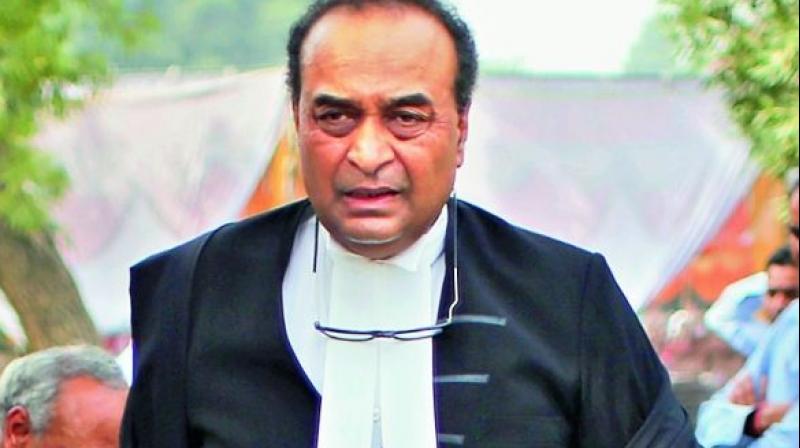 Geneva: India on Friday said it is a secular state with no state religion and safeguarding the rights of minorities forms an essential core of its polity, as it came under criticism from Pakistan over treatment of minorities.

Speaking at the 27th session of the Universal Periodic Review Working Group at the UNHCR here, Attorney General Mukul Rohatgi said that the Indian Constitution enshrines various provisions for the protection of the rights and interest of the minorities.

Rohatgi, who led the Indian delegation at the UN Human Rights Council, said India makes no distinction between caste, creed, colour or religion of a citizen.

"India is a secular state with no state religion," he said, adding that the Indian constitution guarantees freedom of religion to every individual.

The Pakistan delegation raked up the Kashmir issue and demanded a ban on the use of pellet guns by Indian security forces. It also asked India to allow a UNHRC fact-finding team to visit Kashmir and review the situation.

It also raised the issue of "mob violence" against the minorities Muslims, Sikhs, Christians and Dalits in India. "We believe in peace, non-violence and upholding human dignity. As such, the concept of torture is completely alien to our culture and it has no place in the governance of the nation," the Indian delegate said.

On the Armed Forces Special Powers Act, Rohatgi said the Act is applied only to disturbed areas and these areas are very few and in proximity to some international borders.

"Whether this Act should be repealed or not is a matter of on-going vibrant political debate in my country," he said.

On transgenders, he said India has been at the forefront of recognising their equal rights. The Supreme Court gave a landmark judgement in 2014 directing the government to declare trans-genders a "third gender" and included them as an "Other Backward Class" entitled to affirmative action benefits.

The apex court also reinforced that trans-genders should have all rights under law, including marriage, adoption, divorce, succession and inheritance, Rohatgi added.

On global warming, he said India remains alert to the problem and as part of the thrust towards fulfilling its people's right to a clean environment, it has launched the Swachh Bharat Abhiyan-Clean India Campaign nationwide.

Rohatgi said India seeks to ensure inclusive development and the protection of rights of vulnerable groups and it has enacted a range of laws to address sexual assault and other gender based crimes.

"We have overhauled the legal framework for dealing with child sexual assault," he said, adding that India remains deeply committed towards reinforcing and accelerating the efforts towards combating human trafficking.

India has taken various steps to ensure a safe and dignified work environment for women and to facilitate their overall socio-economic empowerment, he said.