His victims allege church authorities covered up for Preynat for years, allowing him to have continued contact with children. 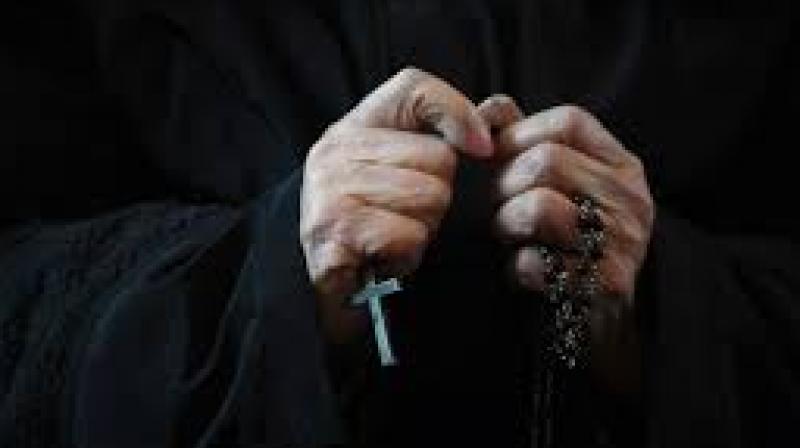 The ruling by a church tribunal was the latest development in a case with repercussions that reached the highest levels of French Catholic leadership and the Vatican itself.

The priest, Bernard Preynat, already confessed to abusing Boy Scouts during the 1970s and 1980s.

Preynat is believed to have abused as many as 85 boys and faces trial in a French court next year. The church tribunal said its internal investigation found he committed "criminal acts of sexual character against minors under 16."

The tribunal gave the maximum punishment allowed under church rules, stripping the priest of his clerical status. Citing repeated abuse and large number of victims, it said Preynat abused his church-conferred authority as a Scout leader.

He has a month to appeal the decision.

"This is a great decision," said Alexandre Hezez, who was abused by Preynat and sought to have the priest defrocked for years.

"Experience shows that often (abusive priests) are just displaced to other dioceses. By preserving their capacity to celebrate, they retain their power over people."

Noting the exceptionally firm language in the church ruling, he expressed hope it would set a precedent.

"It's important to at last show that they can face strong sanctions, without concessions," Hezez told The Associated Press.

His victims allege church authorities covered up for Preynat for years, allowing him to have continued contact with children up until his 2015 retirement.

Among those accused of a cover-up in the Preynat case was France's senior Catholic cleric, Cardinal Philippe Barbarin, and Cardinal Luis Ladaria, who now heads the Vatican office in charge of handling sex abuse cases.

Barbarin was convicted earlier this year of failing to report Preynat to police. Barbarin appealed but went to the Vatican to offer his resignation. Pope Francis refused to accept it.

French magistrates are also investigating accusations against the Vatican's ambassador to France made by men who say he groped them.

The envoy, Archbishop Luigi Ventura, has denied wrongdoing. The Vatican so far has not lifted his diplomatic immunity.