A 17-year-old boy arrested following the incident on Sunday afternoon remains in custody, on suspicion of attempted murder. 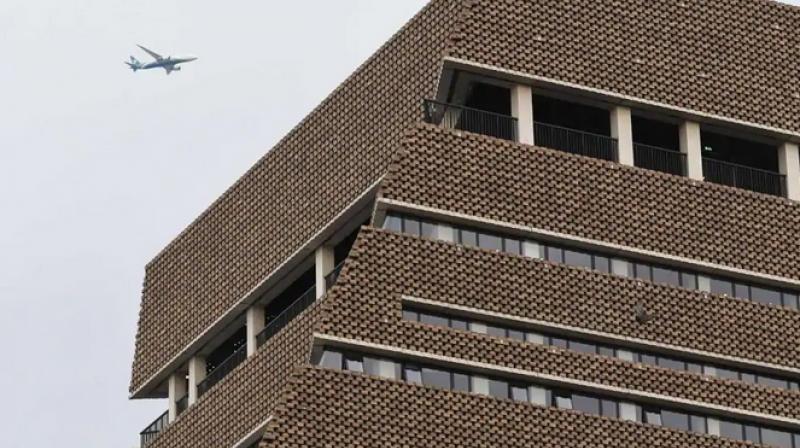 The boy fell from there onto a fifth floor roof and was airlifted to hospital by helicopter. (Photo: AFP)

London: A six-year-old boy thrown from a tenth-floor viewing platform at London's Tate Modern gallery is no longer in a life-threatening condition, police said Monday.

A 17-year-old boy arrested following the incident on Sunday afternoon remains in custody, on suspicion of attempted murder. The contemporary art museum on the banks of the River Thames, Britain's most popular visitor attraction, was evacuated but was due to reopen on Monday. However, the Tate said the viewing platform was closed.

The boy fell from there onto a fifth floor roof and was airlifted to hospital by helicopter. He is "no longer in a life-threatening situation", a police spokesman said on Monday.

"He is in a critical but stable condition in hospital. "Officers continue to work hard to establish the circumstances of yesterday's incident." Witnesses who were on the viewing platform at the time said they heard a woman screaming "Where's my son, where's my son?" BBC journalist Olga Malchevska said the woman was shouting and "crying desperately".
Administration worker Nancy Barnfield, 47, said her friend heard a "loud bang". "We did not notice the mum before, we noticed her after because she was hysterical by then," she said.

She said visitors quickly gathered around a man who was nearby, who was restrained by members of the public. He "just stood there and was quite calm," she said. Police have said they do not believe the victim and the suspect knew each other.

A spokesman for the Tate said: "Tate is working closely with the police to help with their investigations. All our thoughts are with the child and his family." The Tate Modern recorded 5.87 million visits in 2018, according to the Association of Leading Visitor Attractions.