The boy was airlifted to hospital and is in a critical condition, while the teenager suspect is being held on suspicion of attempted murder. 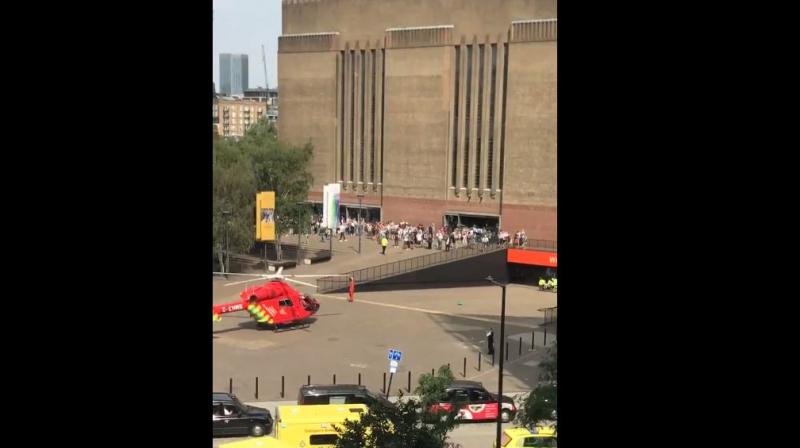 A teenager was arrested on Sunday after allegedly throwing a six-year-old boy from a tenth-floor viewing platform of London's Tate Modern gallery, police said. (Representational Image)

London: A teenager was arrested on Sunday after allegedly throwing a six-year-old boy from a tenth-floor viewing platform of London's Tate Modern gallery, police said.

The boy was airlifted to hospital and is in a critical condition, while the 17-year-old male suspect is being held on suspicion of attempted murder.

@se1 emergency at Tate Modern. Area sealed off. Been told a person/child has fallen off viewing gallery and trapped between the two buildings. pic.twitter.com/lBYt5hfZZG

The Tate Modern, a leading contemporary art museum on the banks of the River Thames, was initially locked down but visitors were later allowed to leave.

"Police were called at around 2:40pm (1340 GMT) on August 4 to reports of a young boy thrown from the tenth floor viewing platform of the Tate Modern," the police statement said.

"The six year-old victim was found on a fifth floor roof. He was treated at the scene and taken to hospital by London's Air Ambulance.

"The boy's condition is critical; his family are being supported by police."

Police said the suspect "remained with members of the public on the tenth floor viewing platform. There is nothing to suggest that he is known to the victim".

"The teenager was arrested by police officers on suspicion of attempted murder and taken into police custody."

Officers are in the vicinity of the Tate Modern following an incident this afternoon.
A child fell from height and is being taken to hospital by London’s Air Ambulance.
We await an update on his condition.

A teenager has been arrested in connection with the incident.

The Tate Modern is Britain's top visitor attraction, with 5.87 million visits in 2018, according to the Association of Leading Visitor Attractions.