Police sealed off the area in front of the cathedral after the incident. 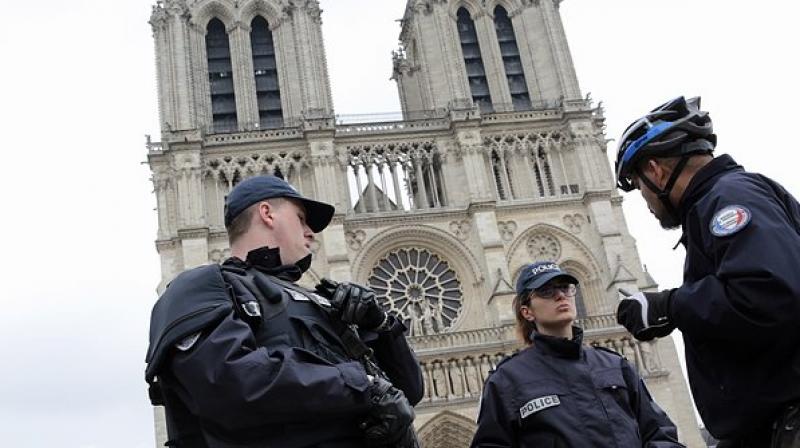 Paris: A French police officer shot and injured a man who attacked him with a hammer outside Paris's Notre-Dame cathedral on Tuesday, authorities said.

Police sealed off the area in front of the cathedral, where the attacker lay injured on the ground.

The attack comes with France on high alert for more jihadist strikes after a weekend attack in London, where extremists used a van and knives to crush to death and kill seven people, one of them French.

Authorities in Paris asked the public to stay away from Notre-Dame, one of France's biggest tourist attractions situated on the banks of the Seine river in the heart of the capital.

French TV reported scenes of panic during the shooting, with tourists scrambling for cover. France is under a state of emergency and on its highest possible level of alert following a string of terror attacks that began in 2015, which have killed over 230 people.

In the last fatal attack, a policeman was shot and killed on Paris's prestigious Champs-Elysees avenue on April 20, three days before the first round of the presidential election.

Major attacks in France targeted the Charlie Hebdo satirical magazine in January 2015 and in November that year, gunmen and suicide bombers attacked sites around Paris including the Bataclan concert hall, killing 130 people.

Then in July last year, a radicalised Tunisian man drove a lorry at high speed through a Bastille Day fireworks display on the Nice waterfront, massacring 86 people. Since then there have been a series of smaller attacks, often targeting security forces.