More than 34,000 people across Europe caught measles in the first two months of 2019, with the vast cases in Ukraine, warned WHO. 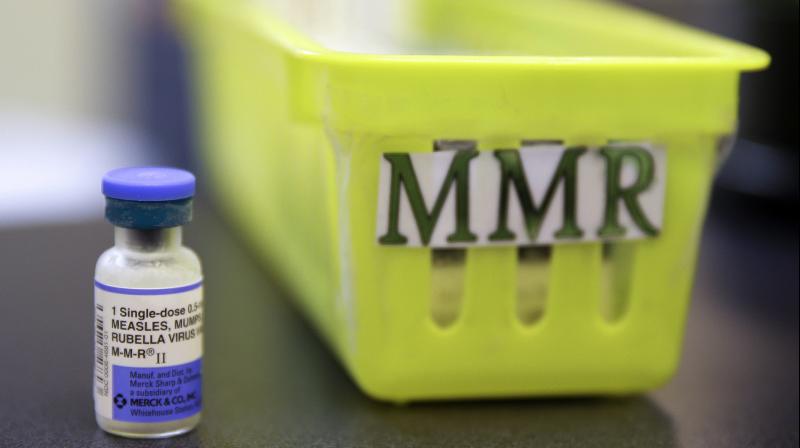 Measles is a highly contagious disease that can kill and cause blindness, deafness or brain damage. (Photo:AP)

London: More than 34,000 people across Europe caught measles in the first two months of 2019, with the vast majority of cases in Ukraine, the World Health Organization said on Tuesday as it urged authorities to ensure vulnerable people get vaccinated.

The death toll among 34,300 cases reported across 42 countries in the WHO's European region reached 13, with the virus killing people in Ukraine - which is suffering a measles epidemic - as well as in Romania and Albania. The risk is that outbreaks may continue to spread, the WHO warned.

"If outbreak response is not timely and comprehensive, the virus will find its way into more pockets of vulnerable individuals and potentially spread to additional countries within and beyond the region," it said in a statement.

"Every opportunity should be used to vaccinate susceptible children, adolescents and adults."

Measles is a highly contagious disease that can kill and cause blindness, deafness or brain damage. It can be prevented with two doses of an effective vaccine, but - in part due to pockets of unvaccinated people - it is currently spreading in outbreaks in many parts of the world including in the United States, the Philippines and Thailand.

In Europe, the majority of measles cases so far in 2019 are in Ukraine, which saw more than 25,000 people infected in the first two months of the year.

There is no specific antiviral treatment for measles, and vaccination is the only way to prevent it, the WHO said. Most cases are in unvaccinated or under-vaccinated people.

It added that even though the region had its highest ever estimated coverage for the second dose of measles vaccination in 2017 - at around 90 percent - some countries have had problems, including declining or stagnating immunisation coverage in some cases, low coverage in some marginalised groups, and immunity gaps in older populations.

The WHO called on national health authorities across the region to focus efforts on ensuring all population groups have access to vaccines.

"The impact on public health will persist until the ongoing outbreaks are controlled," it said, adding that health authorities should "identify who has been missed in the past and reach them with the vaccines they need."

A report by the United Nations children's fund UNICEF last month found that more than 20 million children a year missed out on measles vaccines across the world in the past eight years, laying the ground for dangerous outbreaks.