There are 20,000 police officers on duty for the 2-day summit, backed by helicopters, water cannon trucks and surveillance drones. 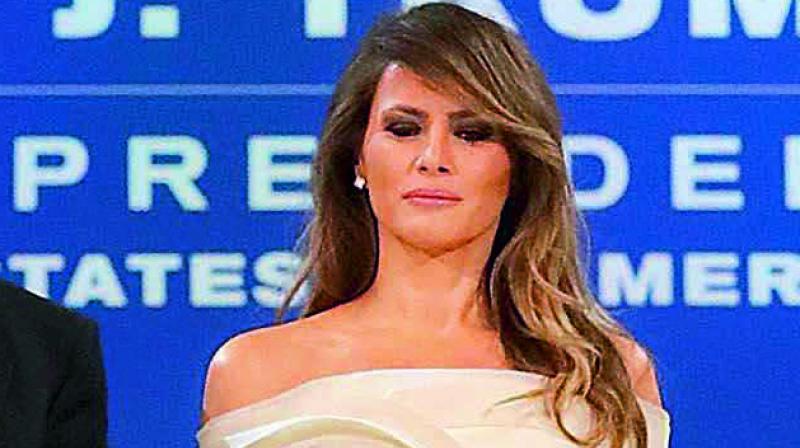 The German news agency DPA reported that Trump, 47, was unable to join the others on a tour of Hamburg harbour earlier on Friday. (Photo: File)

Hamburg: US First Lady Melania Trump was stuck inside her guesthouse in Hamburg on Friday because of anti-G-20 protests, her spokeswoman said.

A programme of events in the northern German city involving Trump and other spouses of political leaders has had to be severely curtailed because of the demonstrations.

"The Hamburg police could not give us clearance to leave (the residence)," Trump's spokeswoman Stephanie Grisham said.

Instead of a visit to a climate centre, the spouses will be treated to presentations by climate scientists at a Hamburg hotel.

The German news agency DPA reported that Trump, 47, was unable to join the others on a tour of Hamburg harbour earlier on Friday.

Small groups played cat and mouse with police blocking traffic and trying to stop leaders from reaching the summit venue.

There are currently 20,000 police officers on duty for the two-day summit that began Friday, backed by helicopters, water cannon trucks and surveillance drones.

But police, already backed up by officers from elsewhere in Germany as well as Austria, have requested reinforcements, a spokesman for Hamburg police said.