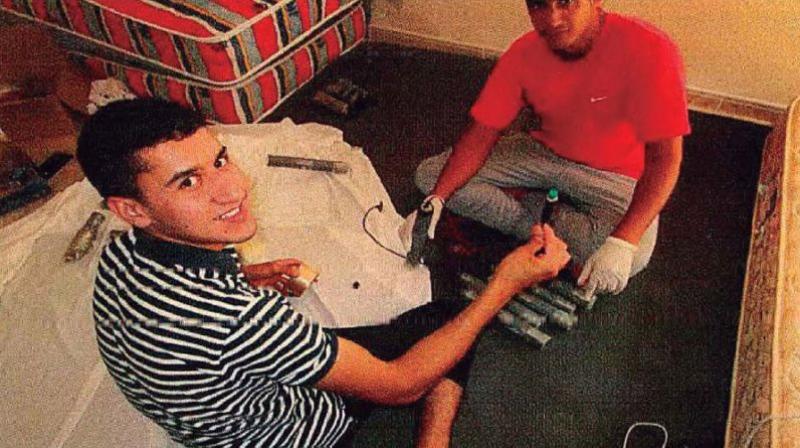 One of the men preparing the explosives is Younes Abouyaaqoub, 22, who drove a van through a crowd of people on the popular Las Ramblas boulevard in the heart of Barcelona on August 17, 2017, killing 13 people. (Photo: AFP)

Madrid: Chilling images published in the Spanish media on Monday show men in a terror cell preparing explosives ahead of last year's jihadist attacks in Barcelona and a nearby seaside resort that killed 16 people.

In one picture, two men pose for the camera as they make they make the explosives. In another, a plotter smiles and points the sky while wearing an explosives belt around his waist. 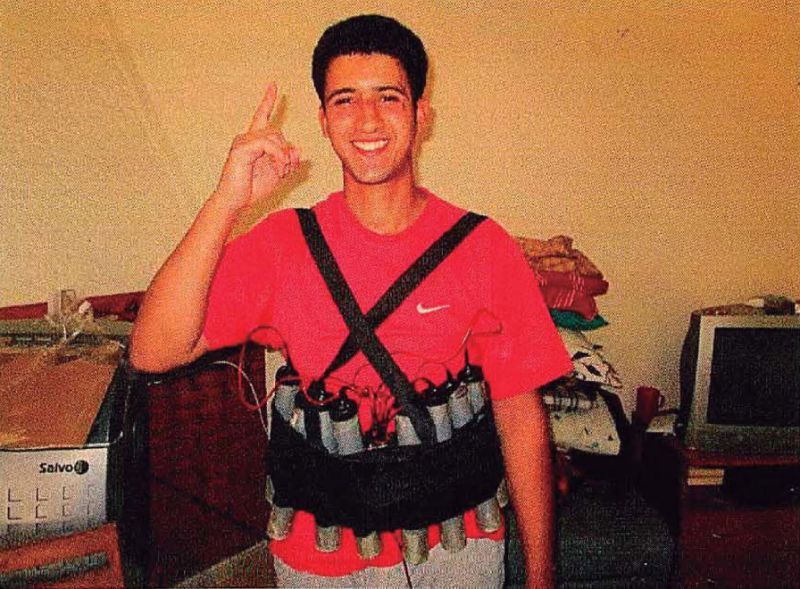 There is an even a picture of one man posing next to the next Eiffel Tower in Paris.

One of the men preparing the explosives is Younes Abouyaaqoub, 22, who drove a van through a crowd of people on the popular Las Ramblas boulevard in the heart of Barcelona on August 17, 2017, killing 13 people.

He then stabbed another man to make his getaway before being shot dead by police days later.

The Spanish newspaper La Razon, one of the media outlets which published the images, said they were recovered along with video files in the rubble of a house in Alcanar, a town some 200 kilometres (125 miles) from Barcelona, where the group made the bombs.

An explosion at the house on the eve of the attack killed two of the plotters and deprived the others of bombs, forcing them to change their plans.

A total of 16 people were killed in the Barcelona assault and a knife attack in the nearby resort of Cambrils. The ISIS claimed responsibility for the attacks.

La Razon also published transcripts of dialogue between the plotters, in which they make fun of their potential victims and brag about their upcoming attack.

"Allah has chosen us from among millions of people to make you cry blood," a man identified as Omar Hichamy is quoted as saying.

The six youths of Moroccan origin, aged 17 to 24, who carried out the attacks were all killed by police.

Moroccan imam Abdelbaki Es Satty, who is believed to have radicalised the others, was killed in the Alcanar explosion.