He killed her, possibly by strangulation, dismembered her torso, head, and legs, and placed them in separate bags. 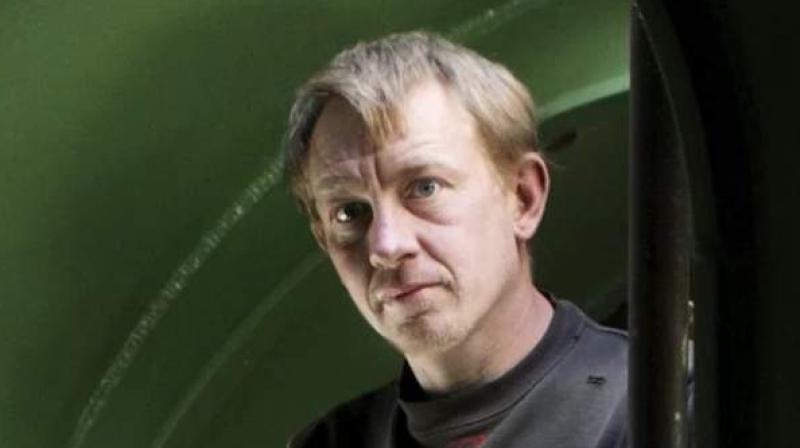 The 47-year-old, nicknamed “Rocket Madsen”, was well-known in Denmark before his arrest as an inventor who dreamed of exploring worlds beyond. He built his own submarine and was developing plans for private space travel. (Photo: AP)

Copenhagen: An eccentric “inventrepreneur”, or a murdering, sexual sadist? The evidence against Peter Madsen has provided some clues about how Swedish journalist Kim Wall died on board his homemade submarine, but he has yet to tell the whole story.

The self-taught engineer goes on trial for murder on Thursday amid hopes the proceedings will determine what actually happened on board the submarine on August 10, 2017, and help understand the inner workings of a person accused of such a grisly crime.

The 47-year-old, nicknamed “Rocket Madsen”, was well-known in Denmark before his arrest as an inventor who dreamed of exploring worlds beyond. He built his own submarine and was developing plans for private space travel.

Now he faces a life sentence for premeditated murder, desecration of a corpse and aggravated sexual assault against Wall, who had accompanied him on his sub for a profile piece she was writing about him. Prosecutors have painted a picture of a control freak who fantasised about torturing, killing and dismembering a woman.

They believe Madsen tied Wall up before beating her and stabbing her repeatedly in the genital area.

They say he then killed her, possibly by strangulation, dismembered her torso, head, and legs, and placed them in separate bags weighed down with metal objects before tossing them into Koge Bay off Copenhagen.

They claim he planned it all, bringing a saw, knife, plastic strips and metal pieces on board. And they believe Madsen watched fetish films in which women were tortured, decapitated and burned alive.

Investigators found the films on a hard drive in his workshop.

Madsen, meanwhile, has insisted the hard drive is not his, and has denied intentionally killing Wall. He has changed his version of events several times, but maintains Wall died in an accident.

He has however told investigators he panicked after her death: he took a nap, then chopped up her body and threw it overboard.

Peter Langkjaer Madsen grew up in the small town of Saeby, 100 km (60 miles) west of Copenhagen. His parents divorced when he was six and Madsen went to live with his father, whom he has described as authoritarian and violent.

“When I think about my father, I think how children in Germany must have felt if their dad was a commandant in a concentration camp,” Madsen said in a 2014 biography written by journalist Thomas Djursing.

At 15, he started his first company, Danish Space Academy, to buy spare parts to build a rocket. He studied engineering, but quit once he thought he knew enough to build submarines and rockets.

“My passion is finding ways to travel to worlds beyond the well-known,” Madsen wrote on the website of his now-defunct Rocket Madsen Space Lab.

In 2008, he launched the Nautilus, the biggest privately-made submarine at the time. Around the same time, he developed his idea for private space travel.

In June 2011, he successfully launched a rocket from a floating platform on the Baltic Sea island of Bornholm.

His half-brother Benny Langkjaer Egeso said in August that Madsen is “very strange”, but also “very open and likeable”.

“You can ask whoever you like, they’ll tell you ‘we never saw this side of him’,” Egeso said at the time.

Others paint a dark picture of an erratic person who couldn’t take no for an answer, with sudden mood swings and a reputation for histrionics.

“Conflict has followed him his whole life. He has a hard time getting along with other people--he has lofty ambitions and wants to do everything his way,” according to Djursing.

“He is angry with God and everyone,” Djursing said in August 2017.

“I’m fully aware that my temper is to blame for Kristian’s exit and I’m very sorry it has come to this,” Madsen wrote in a statement at the time.

The inventor also fought with the 25 volunteers who helped build the Nautilus. After a 2015 conflict, the sub’s board of directors transferred ownership to him. “There is a curse on Nautilus,” he wrote to two of the collaborators.

“That curse is me. There will never be peace on Nautilus as long as I exist.”