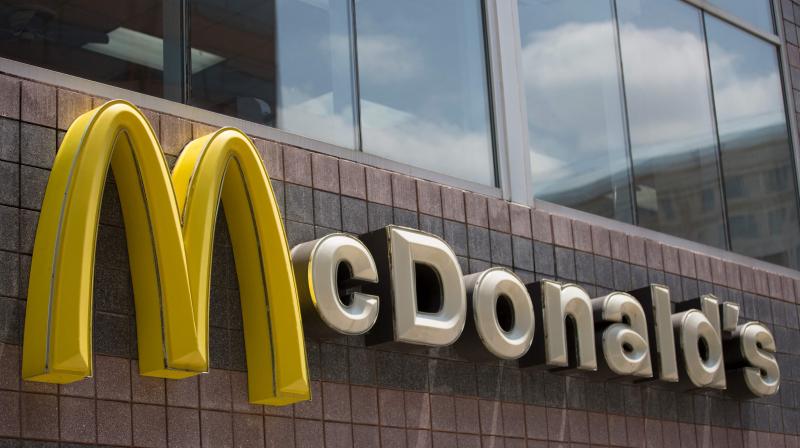 In this file photo taken on July 9, 2019 The McDonald's logo is seen outside a restaurant in Washington, DC. (Photo: AFP)

New York: US beverage giants PepsiCo and Coca-Cola, along with fast food major McDonald's and coffeehouse chain Starbucks all announced on Tuesday that they were temporarily suspending their business in Russia in response to the country's invasion of Ukraine.

"Given the horrific events occurring in Ukraine, we are announcing the suspension of the sale of Pepsi-Cola, and our global beverage brands in Russia, including 7Up and Mirinda. We will also be suspending capital investments and all advertising and promotional activities in Russia," CEO Ramon Laguarta wrote in a letter to PepsiCo associates.

However, PepsiCo added that it will continue to offer its daily essentials such as milk and other dairy offerings, baby formula and baby food in the Russian markets.

The Coca-Cola Company announced in a press release that it was "suspending its business in Russia,". "Our hearts are with the people who are enduring unconscionable effects from these tragic events in Ukraine," it said.

Both the US brands produce popular carbonated drinks. PepsiCo produces Pepsi-Cola, 7Up and Mirinda, while the Coca-Cola company produces Coca-Cola, Sprite and Fanta.

American multinational fast food corporation McDonald's too announced the suspension of work of all its restaurants in Russia, along with Starbucks, a coffee-house chain.

"McDonald's has decided to temporarily close all our restaurants in Russia and pause all operations in the market," the company's CEO Chris Kempczinski informed through a letter sent to McDonald's employees and franchisees.

"We condemn the horrific attacks on Ukraine by Russia and our hearts go out to all those affected," Starbucks CEO Kevin Johnson said announcing, "We have decided to suspend all business activity in Russia, including shipment of all Starbucks products."

The slew of sanctions and suspensions of businesses come following Russia's invasion of Ukraine after recognising the Ukrainian breakaway regions of Donetsk and Luhansk as independent republics.

Russia continues to maintain that it started the "military operations" in Ukraine to save the residents of eastern Ukraine and "demilitarise" and "denazify" the political leadership of the country.