A first suspect has been officially identified as a 39-year-old man from Uzbekistan. 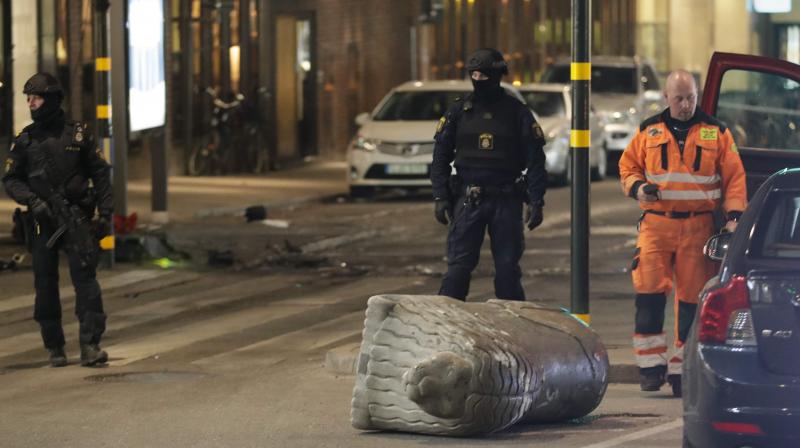 The new suspect, whose identity was not disclosed, is being investigated about a "terrorist crime (by committing) murder". (Photo: AP)

Stockholm: A second suspect was arrested today in connection with the Stockholm truck attack that killed four people and injured 15, a district court said.

"I can confirm that a second person has been arrested," Stockholm district court judge Helga Hullman said.

The new suspect, whose identity was not disclosed, is being investigated about a "terrorist crime (by committing) murder," Karin Rosander, spokeswoman at the Swedish Prosecution Authority told public broadcaster SVT.

The prosecution has until Wednesday to ask a court to remand the suspect in custody, Rosander said.

A first suspect has been officially identified as a 39-year-old man from Uzbekistan and "applied for a permanent residency permit in 2014", a request later rejected, police said on Sunday.

On Friday, the 39-year-old is alleged to have barrelled a stolen beer truck several hundred metres (yards) down the bustling pedestrian street Drottninggatan in the heart of Stockholm.

Thousands of people were to gather in central Stockholm Sunday for a "Lovefest" vigil against terrorism.