The police arrested a 17-year-old and his mother from an address linked to the 39-year-old suspect from Uzbekistan. 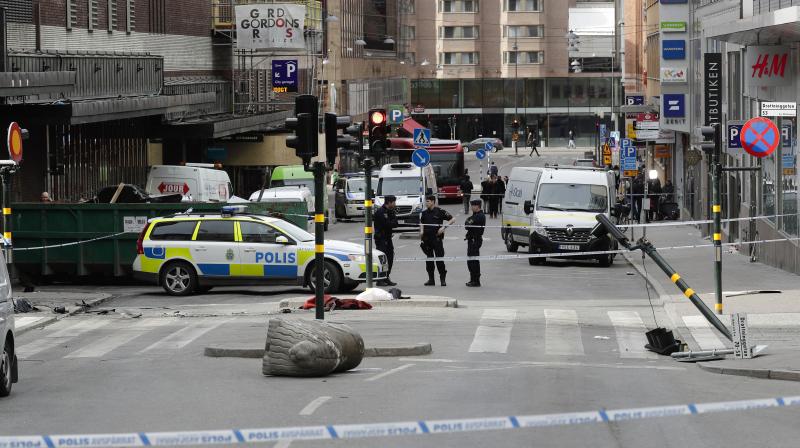 The police arrested a 17-year-old and his mother from an address linked to the 39-year-old suspect from Uzbekistan. (Photo: AP)

Stockholm: Swedish police officers, who attempted arresting Stockholm terror suspects, were pelted with stones by a group of youths on Friday night.

According to a report in the Daily Mail, a group of people attacked them near Rinkeby in Stockholm. The area is part of the 'immigrant no-go zone', a term used by President Trump to refer the region in a speech in February.

The police arrested a 17-year-old and his mother from an address linked to the 39-year-old suspect from Uzbekistan. It is believed that he was registered under that address. But the arrested denied any connection to him and were let off as there were no proven charges against them.

The police team also included a Muslim officer, Abdallah Ahmed, said, “To terror I want to say one thing, in pure Swedish: go to hell. My thoughts go to those affected in every way”, on social media. He urged people, to not only pray for Sweden but also defend the country against terrorism.

Ahmed posted a picture of the anti-terrorism team armed with weapons, accompanied by the Swedish flag.