The Syrian towns of Jarabulus, Al Rai and Dabiq were retaken from the IS jihadists in lightning moves in the early weeks of the operation. 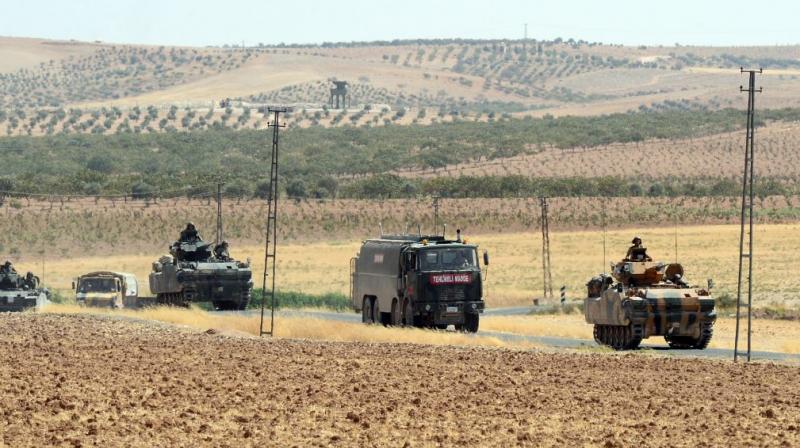 Istanbul: Turkey is sending hundreds of commandos to reinforce its military campaign inside Syria, where the Turkish army has suffered increasing casualties in its fight to capture a key town from Islamic State jihadists, reports said on Friday.

A total of 300 commandos from a base in the western Turkish province of Denizli were first taken in buses to a military airport and then to the border region in military planes to join the Turkish-led operation, Turkish newspapers and the Anadolu news agency reported.

Ankara in August launched an operation dubbed Euphrates Shield to back up Syrian rebels seeking to oust jihadists from the border zone.

The Syrian towns of Jarabulus, Al Rai and Dabiq were retaken from the IS jihadists in lightning moves in the early weeks of the operation.

But the Syrian fighters and Turkish troops have found far greater resistance in the fight for Al Bab -- 25 kilometres (15 miles) from the Turkish border -- where the jihadists have reportedly regrouped after fleeing an earlier offensive.

Nineteen Turkish soldiers have lost their lives in the Syria campaign so far, with the government wary of any sign it could become a focus of public concern.

The army has already since summer 2015 been waging an offensive against Kurdistan Workers Party (PKK) militants in the southeast that has claimed the lives of hundreds of members of the security forces.

Most of the attacks in the Syria campaign have been blamed on the IS extemists.

But four Turkish soldiers were killed last month by an air strike the Turkish army blamed on the Syrian regime. Russian Foreign Minister Sergei Lavrov said last week neither Moscow nor its ally Damascus were behind the deadly strike.

The Turkish army also said it lost contact with two Turkish soldiers in Syria, and an IS-affiliated news agency claimed they were taken hostage by the jihadist group.

As well as seeking to root out IS, Turkey also wants to expel a Syrian Kurdish militia from its frontier and form a safe zone to shelter some of the 2.7 million Syrian refugees who sought safety in the country.

Hundreds of Turkish troops, tanks and artillery are involved in the offensive but Ankara has not given precise numbers over the size of the contingent.