Mordaunt, 44, is a pro-Brexit Conservative party MP for Portsmouth North who has held a number of junior ministerial posts. 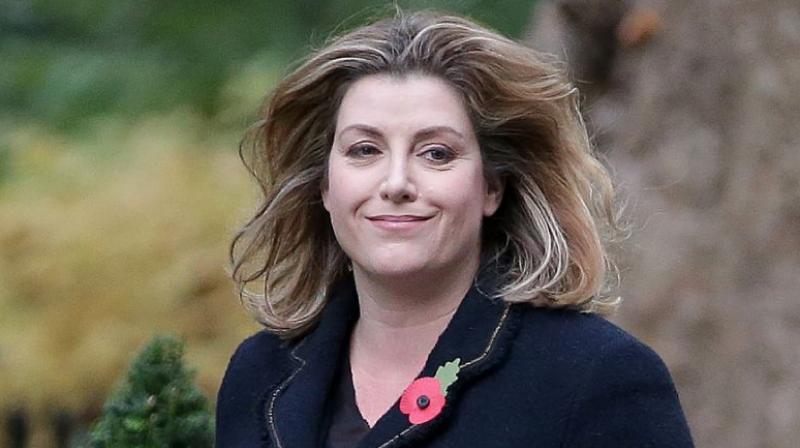 Mordaunt lists India among her countries of interest, having worked with the charity ‘Diabetes UK’ in India. (Photo: AFP)

London: British Prime Minster Theresa May replaced Priti Patel with Penny Mordaunt as the UK’s new international development minister Thursday, a day after the Indian-origin MP resigned over her unauthorised secret meetings with Israeli politicians while on a holiday in the Jewish country.

May was under pressure from Eurosceptic MPs to ensure that Patel is replaced by a pro-Brexit MP like her predecessor to maintain a balance within the UK Cabinet.

Mordaunt, 44, is a pro-Brexit Conservative party MP for Portsmouth North who has held a number of junior ministerial posts, including the post of disability minister in the department for work and pensions from where she has now been promoted.

Mordaunt lists India among her countries of interest, having worked with the charity ‘Diabetes UK’ in India.

The quick Cabinet reshuffle had become necessary after 45-year-old Patel was forced to resign from her Cabinet post in charge of the Department for International Development (DfID) Wednesday after days of controversy surrounding a series of unauthorised meetings she had held with Israeli officials, including Prime Minister Benjamin Netanyahu.

“While my actions were meant with the best of intentions, my actions also fell below the standards of transparency and openness that I have promoted and advocated. I offer a fulsome apology to you and to the Government for what has happened and offer my resignation,” Patel had said in her resignation letter addressed to May.

Her letter also alluded to her staunch Brexit views, as one of the leaders of the ‘Vote Leave campaign’ during the 2016 referendum on Britain’s membership of the European Union.

“From the backbenches I will continue to take an active role...speak up for our country, our national interests and the great future that Britain has as a free, independent and sovereign nation,” she noted.

In her reply, May said: “As you know the UK and Israel are close allies, and it is right that we should work closely together. But that must be done formally, and through official channels”.

“That is why, when we met on Monday I was glad to accept your apology and welcomed your clarification about your trip to Israel over the summer. Now that further details have come to light it is right you have decided to resign,” May said.

The reply ended a day of intense political drama as news channels tracked Patel’s flight back from Africa, where she had left for an official visit after her initial apology over undisclosed meetings while on holiday in Israel in August.

However, she was summoned back to Downing Street by May after it emerged that there were further meetings that had potentially breached ministerial protocol.

Ministers are required to tell the UK Foreign Office when they are conducting official business overseas, but it had emerged that British diplomats in Israel were not informed about any of Patel’s meetings – which included a meeting with Netanyahu and other political figures as well as charity organisations.

Patel’s resignation marks the second high-profile Cabinet shake-up for May within a week, after Michael Fallon stepped down as defence secretary amid allegations of sexual misconduct.

With a Budget statement just days away and deadlocked Brexit talks resuming this week ahead of a make-or-break EU summit next month, Patel’s exit has only added to May’s leadership woes with many predicting her own exit from Downing Street by the end of this year.