Gunman, who killed 6, shot himself after Czech hospital rampage: police 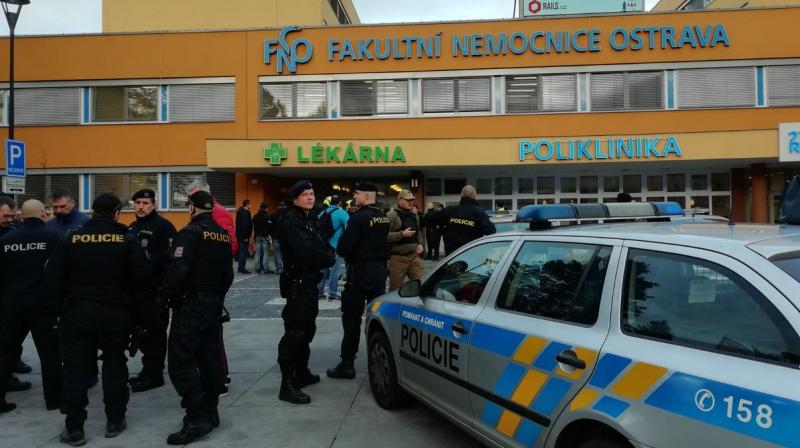 Police initially said the shooter was at large. Video footage and pictures published by public radio later showed police arresting a person at the site but police didn't immediately confirm that it was the suspect. (Photo: Twitter)

Prague: The man suspected of killing six people and injuring two in a Czech hospital on Tuesday morning is dead after shooting himself in the head, police said in a tweet.

"We have found the gunman. The 42-year-old man shot himself in the head before the police took action, he's dead," police said.

Six people were killed in a shooting in a hospital in the eastern Czech Republic Tuesday, the Prime Minister said.

Police initially said the shooter was at large. Video footage and pictures published by public radio later showed police arresting a person at the site but police didn't immediately confirm that it was the suspect.

Prime Minister Andrej Babis told Czech public television the shooting took place in a waiting room. The attacker opened fire at people's heads from close range, Babis said. He said he is heading for the site.

Officials initially published a photo of a man in a red jacket they said was the suspect, but later said that person was an important witness.

The shooting happened around 7 am Tuesday morning in the University hospital in the city of Ostrava, located 350 kilometers (220 miles) east of Prague.

Officials say people have been evacuated from the clinic. Police are boosting security across the country.