September's inconclusive elections left Merkel without a majority for a fourth term and struggling to find partners to govern with. 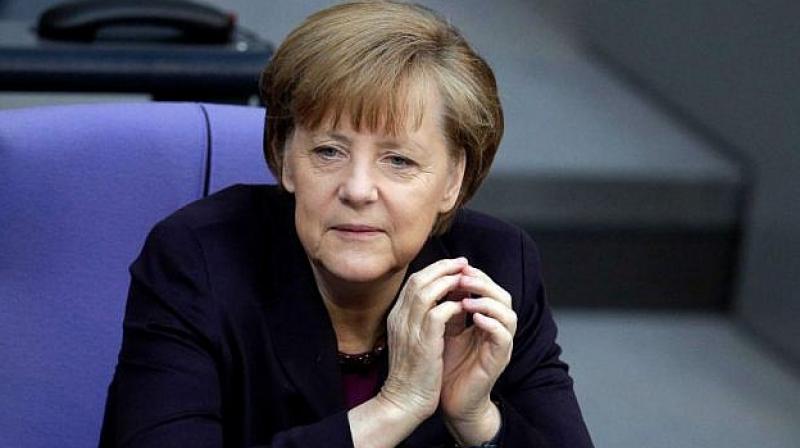 Angela said, 'There are still big obstacles on the path that need to be cleared.' (Photo: AP)

Berlin: German Chancellor Angela Merkel said the country's top parties still had "big obstacles" to surmount before reaching a new coalition deal, ahead of a final round of negotiations on Thursday.

"There are still big obstacles on the path that need to be cleared," she told reporters as she arrived for talks on forming a new "grand coalition" government between her conservatives and the Social Democrats (SPD).

She said her Christian Democrats would "work constructively to find the necessary compromises but we are also aware that we need to execute the right policies for our country and that is why today will be a tough day".

Moments before, SPD leader Martin Schulz also spoke of "big obstacles" as he entered his party's headquarters for the discussions expected to stretch well into the night.

He said his party was committed to ensuring that the new government for Europe's top economy committed "above all to working toward renewal of the European Union".

However, he sounded a more upbeat note than Merkel, saying there was "broad agreement on the fundamentals of European policy".

He said he was hopeful that the talks could be wrapped up Thursday night but asked the assembled journalists for "patience".

September's inconclusive elections left Merkel without a majority for a fourth term and struggling to find partners to govern with.

After Merkel's earlier attempt at forging a coalition with two smaller parties collapsed, she is now placing her hopes on renewing an alliance with the SPD.