Rex Tillerson declares that the United States needs to stand up to aggressors who harm civilians. 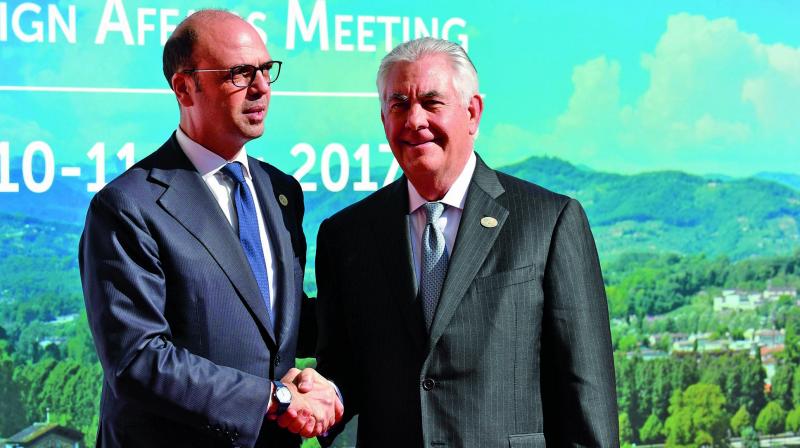 Sant’anna Di Stazzema (Italy): United States secretary of state Rex Tillerson used a visit on Monday to a World War II memorial to declare that the United States will stand up to aggressors who harm civilians, as the Trump administration sought to rally world leaders behind a strategy to resolve the protracted civil war in Syria.

Opening his visit to Italy, Mr Tillerson traveled up a winding mountain road to Sant’Anna di Stazzema, the Tuscan village where the Nazis massacred more than 500 civilians during World War II.

As he laid a wreath at the site, Mr Tillerson alluded to the chemical attack in Syria last week that triggered retaliatory United States airstrikes.

“We rededicate ourselves to holding to account any and all who commit crimes against the innocents anywhere in the world,” Mr Tillerson said. “This place will serve as an inspiration to us all.”

Mr Tillerson’s visit to Europe has been overshadowed from the start by President Donald Trump’s decision to punish Syrian President Bashar Assad for using chemical weapons by launching cruise missiles at a Syrian air base.

The US military action has renewed the world’s focus on Mr Assad’s fate and on Syria’s civil war, now in its seventh year.

The top American diplomat plans to use his meetings with foreign ministers from the Group of 7 industrialised economies — normally a venue for wonky economic discussions — to try to persuade leading countries to support the US plan.

The centrepiece of that diplomacy will come Tuesday morning when Mr Tillerson takes part in a meeting of “likeminded” nations on Syria,
including several Arab nations invited to attend.

The Trump administration is hoping that after defeating the Islamic State group in Syria, it can restore stability by securing local cease-fires between Mr Assad’s government and opposition groups that allow local leaders who have fled to return and by restoring basic services.

The next step would be to use UN talks to negotiate a political transition that could include Mr Assad leaving power.

That trip, too, is fraught with tension over Syria: Mr Tillerson has blamed Russia, Mr Assad’s strongest ally, of either complicity or incompetence for allowing Mr Assad to possess and use chemical weapons.

During his first day in Italy, Mr Tillerson plans to meet on Monday with foreign ministers from the UK and France before the G-7 summit formally opens.