The demonstrators want the withdrawal of proposed legislation that would overhaul Romania's justice system. 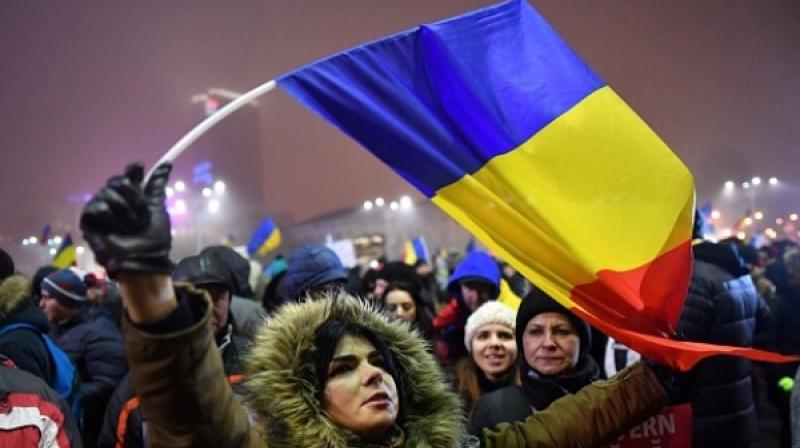 Protestors protest on Mondat might in Bucharest, a day after the Romanian government repealed an emergency decree that would have turned a blind eye toward political corruption. (Photo: AFP)

: More than 10,000 people on Monday braved biting cold to stage protests across to denounce the left-wing government for backtracking on efforts to fight corruption.

The demonstrators want the withdrawal of proposed legislation that would overhaul 's justice system and reduce the powers of the respected anti-corruption directorate, the DNA.

Critics say the changes would dent progress in tackling graft, which has long complained about in the 10 years since joined the European Union.

"They are doing everything so that they can steal legitimately. They are changing the laws in their favour, not for the benefit of the country," said a 36-year-old who refused to give his name.

"Don't force us to leave our country," he said.

The protests saw several thousands take to the streets of . More than 2,000 people demonstrated in the central city of and in western .

The PSD returned to power after a thumping election victory last December but has had a rocky ride.

It backtracked on altering anti-corruption laws in February after they provoked the biggest protests since communist dictator Nicolae Ceausescu was toppled and executed in 1989.