Assange has been living in London since he was granted asylum there in 2012 to avoid extradition to Sweden over rape allegations. 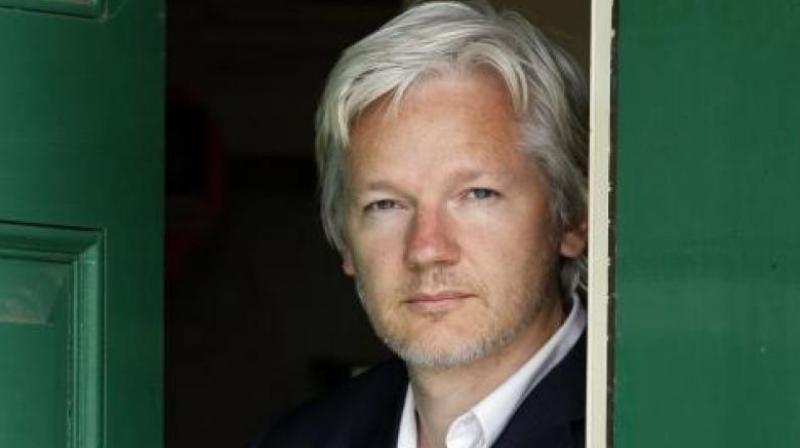 Assange, who denies the allegations, feared Sweden would hand him over to the United States to face prosecution over WikiLeaks’ publication. (Photo: AP)

London: Ecuador has given citizenship to WikiLeaks founder Julian Assange, who has been holed up in the country’s London embassy for over five years, and is seeking a “dignified and just” solution to his situation with Britain.

The British government said earlier on Thursday it had refused a request by Ecuador for Assange to be given diplomatic status as part of the South American country’s efforts to resolve his dilemma.

Assange has been living in the building in Knightsbridge, London since he was granted asylum there in 2012 to avoid extradition to Sweden over rape allegations.

Swedish prosecutors dropped their probe into the allegations but British police said Assange would be arrested for breaching bail conditions if he left the embassy.

Assange, who denies the allegations, feared Sweden would hand him over to the United States to face prosecution over WikiLeaks’ publication of thousands of classified military and diplomatic documents in one of the largest information leaks in US history.

“Ecuador is currently exploring other solutions in dialogue with the UK, like good offices of renowned authorities, other states, or international organizations that could facilitate a just, final and dignified solution for all parties,” Ecuador’s foreign minister Maria Fernanda Espinosa told a press conference.

“There are well-founded fears we have about possible risks to his life and integrity, not necessarily by the UK but by third party states.”

She did not give details on how granting Assange citizenship might help in avoiding his arrest by British police.

For some, Assange is a cyber hero for exposing government abuses of power and championing free speech but to others he is a criminal who has undermined the security of the West by exposing secrets.

“Ecuador knows that the way to resolve this issue is for Julian Assange to leave the embassy to face justice,” said a British Foreign Office spokesman.