Finance Minister Wolfgang Schaeuble on Thursday underlined common ground with Macron in Germany and France's bid to bolster the EU. 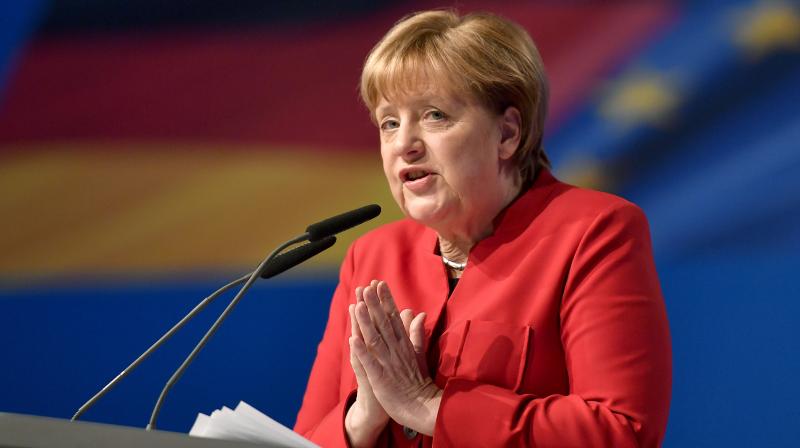 Berlin: German Chancellor Angela Merkel will host Emmanuel Macron for talks in Berlin on Monday, on his first trip abroad as French president.

The German leader had welcomed Macron's resounding election win on Sunday, saying he "carries the hopes of millions of French people and also many in Germany and across Europe".

Merkel and her government had thrown their support behind the centrist Macron against far-right and anti-EU challenger Marine Le Pen during the election campaign.

She spoke by telephone with Macron just minutes after his victory and praised his commitment to the European Union. He is due to take office on Sunday.

The two will meet on Monday afternoon, Merkel's spokesman Steffen Seibert said on Friday, adding that further details would be released later.

A Macron aide noted that Merkel "was the first among foreign leaders to ring him, given the importance of the relations between our two countries in restarting the European project".

"There is a wish to work together on several priorities security, economy and investments as well as (social) protection," said the aide.

Finance Minister Wolfgang Schaeuble on Thursday underlined common ground with Macron in Germany and France's bid to bolster the EU, which has been buffeted by Britain's decision to quit the bloc.

Schaeuble said both he and Macron are in favour of creating a parliament for the 19-country eurozone.

"A eurozone parliament could be set up, made up of European parliamentarians, which would have consultative powers" for moving forward the European Stability Mechanism (ESM), Schaeuble said.

The Luxembourg-based ESM, operational since October 2012, is a bailout fund for eurozone countries.

In a separate interview with Spiegel weekly, Schaeuble kept up Germany's pressure on France to reduce its budget deficit to the EU ceiling of three percent. France can make it," he said.