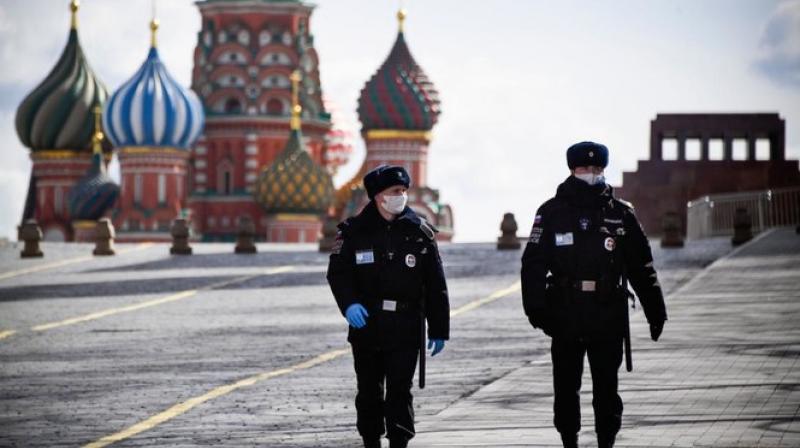 Russia on Tuesday reported 10,899 new cases of the novel coronavirus in the last 24 hours. (AFP Photo)

MOSCOW: Russia on Tuesday reported 10,899 new cases of the novel coronavirus in the last 24 hours, bringing the nationwide total past that of Britain to 232,243, the third highest total worldwide.

The country’s coronavirus response centre said the death toll from the virus rose by 107 people to 2,116.

Russia puts the continued daily rise in cases down to widespread testing. It has carried out more than 5.8 million tests.

Only Britain, Spain and the United States have recorded more cases. With 94 deaths, the toll rose to 2,009. However, President Putin on Monday announced a gradual easing of lockdown measures despite surge in cases.