Norway to ban full-face Muslim veil in all schools

Local authorities in Norway already have the power to ban the veil in schools, however there is no uniform national policy. 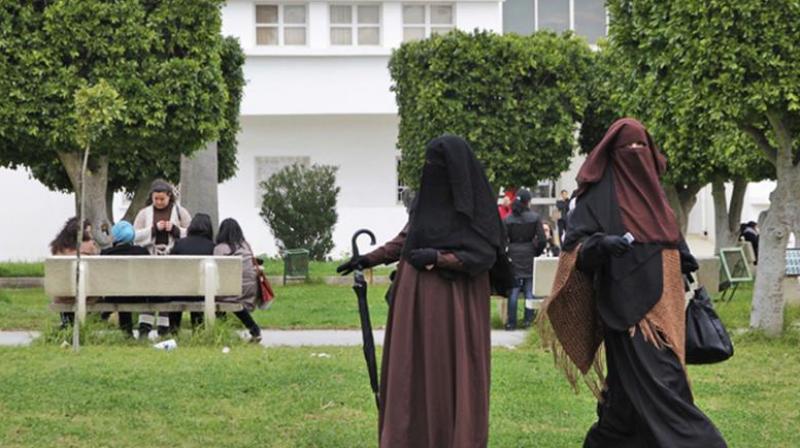 Oslo: The Norwegian government on Monday proposed a bill to ban the full-face Muslim veil in all schools, from nurseries to universities, saying it hinders communication between students and teachers.

Norway's ruling coalition of conservative and anti-immigration right wing parties had promised the ban last year, targeting the full-face veil called the niqab as well as burqas, balaclavas and masks.

"We do not want clothes covering the face in nurseries, schools and universities," Minister of Education and Research Torbjorn Roe Isaksen said in a statement.

"These clothes prevent good communication, which is important for students to receive a good education," he added. Norwegian authorities will consult over the coming months with those who could be affected by the draft law.

Norwegian media reported the government can count on the support of most parties, saying the bill was expected to pass in the spring of 2018. Local authorities in Norway already have the power to ban the veil in schools, however there is no uniform national policy. At this stage, the bill does not lay out consequences for disregarding the proposed law.

The full-face veil is rather uncommon in Norway, even more so in schools, but the issue comes intermittently back into political debates. The Islamic Council, an umbrella organisation representing Muslims, hired a communication manager wearing a niqab, which sparked a heated discussion earlier this year.

Legislative elections will take place on September 11 in the Nordic country. "Clothes covering the face, like the niqab and the burqa, have no place in Norwegian schools. It is a fundamental value to be able to communicate with each other," Per Sandberg, interim minister of immigration and integration, said.