The post-election protests have attracted the biggest crowds on Sundays, when up to 200,000 people have flooded the streets of Minsk 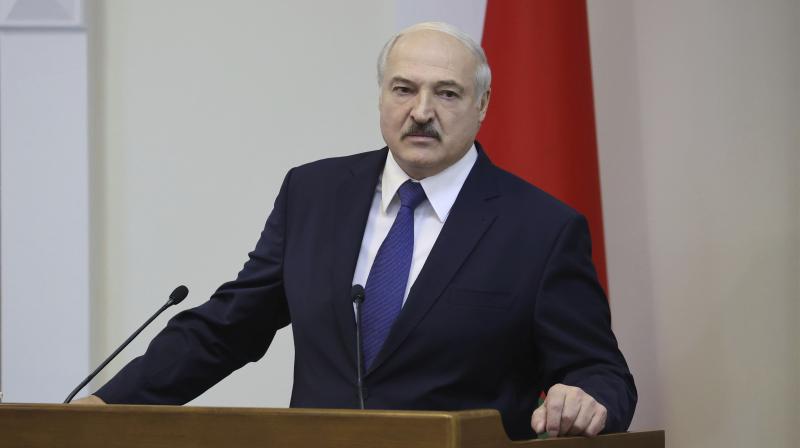 Kyiv: Belarusian authorities detained scores of demonstrators Friday while seeking to end more than a month of protests against the country's authoritarian president, who is set to visit Russia to help shore up his hold on power after 26 years in office.

Protesters in Belarus have spent a month denouncing the results of the country's Aug. 9 presidential election as rigged and demanding the resignation of President Alexander Lukashenko from the sixth term he won. Facing criticism from the West, Lukashenko has worked to cement ties with his main ally and sponsor, Russia.

He is set to head to Russia on Monday for talks with President Vladimir Putin in the Black Sea resort of Sochi. Some expect Belarusian authorities to take tougher actions against protesters ahead of the meeting.

At least nine protesters were detained Friday outside a court in Belarus's capital, Minsk, as they rallied in solidarity with industrial workers defending their right to launch a strike. Police detained more protesters in the cities of Vitebsk, Gomel and Baranovichi, according to the Viasna human rights center in Minsk.

The threats and detentions come before the protests set for the weekend, the head of the center, Ales Bialitski, said.

Lukashenko would very much like to show the Kremlin that the protests are abating and he controls the situation, but so far repressions have had the opposite effect.

The post-election protests have attracted the biggest crowds on Sundays, when up to 200,000 people have flooded the streets of the capital. Another protest is set for this Sunday.

After a brutal crackdown on peaceful demonstrators in the initial days after the vote drew international outrage and swelled the opposition ranks, Belarusian authorities have sought to squelch the dissent by targeting top activists.

Prosecutors have launched a criminal probe against top members of the Coordination Council created by the opposition to push for a new election, accusing them of undermining national security.

All of the council's senior members except for Nobel Prize-winning writer Svetlana Alexievich have been either jailed or forcibly expelled from the country. Unidentified people attempted Wednesday to enter Alexievich's apartment in Minsk, and diplomats from several European Union nations gathered there to prevent her detention and again on Thursday evening.

Latvian Foreign Minister Edgars Rinkevics tweeted Friday that he had a call with Alexievich and expressed Latvia's full support to the Belarusian society in the strive for political rights and freedoms.

A leading member of the opposition council, Maria Kolesnikova, remained in jail after resisting her forcible expulsion from Belarus on Tuesday. She alleged that officers of the nation's state security agency abducted her and threatened to kill her and pushed for a criminal probe into their actions.

UN Secretary-General Antonio Guterres called on Belarus'authorities to refrain from the use of force against those engaging in peaceful assembly and to ensure that allegations of torture and other mistreatment of people in detention are fully investigated and addressed, U.N. spokesman Stephane Dujarric said Friday.

The United States and the European Union have criticized Belarus' election as neither free nor fair and urged Lukashenko to engage in talks with the opposition, which he has rejected.

US Deputy Secretary of State Stephen Biegun said the U.S., in coordination with the EU, would be announcing sanctions on Belarusian officials and possibly companies in a few short days. He noted that the US Treasury could also revoke several general licenses that it has issued in recent years to allow certain transactions with Belarusian businesses.

There is no legitimacy delivered to the ruler of Belarus by the Aug. 9 election, Biegun said in a conference call with reporters, adding that the level of violence against protesters is unbelievable. That behavior will not be treated with impunity by us or our European partners, he warned.

Amid Western criticism, Lukashenko has increasingly reached out to Russia, which has a union agreement with Belarus envisaging close political, economic and military ties. Putin has said he stands ready to send police to Belarus if protests turn violent, stoking fears that Moscow could move to annex its neighbour.

In an interview with Russian television stations earlier this week, Lukashenko ruled out a full merger of Belarus and Russia but spoke in favor of closer integration.