'It is time that hard decisions are taken, and the historical mistake known as the Durand Line is set right', said EP Vice President. 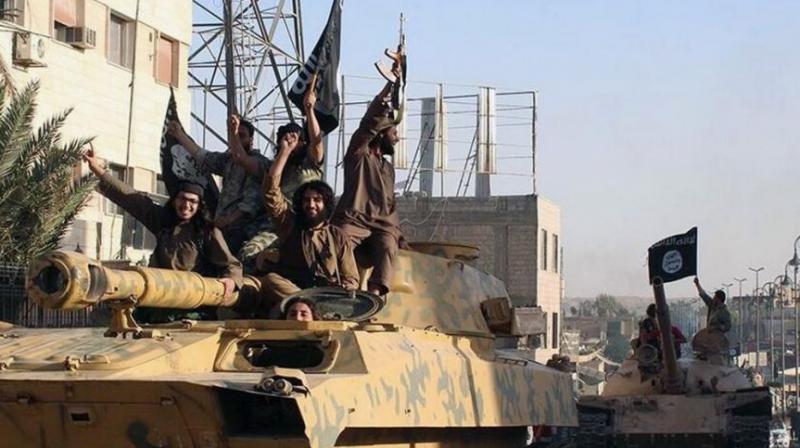 Pakistan maintained that it had killed 50 soldiers and injured more than 100, Afghanistan contended that only 2 had died. (Representational Image/AP)

Brussels: Describing the Afghanistan-Pakistan region as the breeding ground for international terrorism, European Parliament (EP) Vice President Ryszard Czarnecki has said there is a need for the European Union and the United States to review their respective Afghan policy to foster long-term peace in the region, rather than pouring millions of Euros in aid to Afghanistan, and trying to win a war that cannot be won.

In an opinion piece titled "Time to Revisit the Durand Line" published in EP Today, Czarnecki warned that Pakistan will continue to interfere and destabilize areas across the Durand Line, with the objective of retaining control over it as it borders Afghanistan.

He suggests that there is an immediate need for the west to take a hard look at this artificial border, and restore the natural and historical frontier between these two countries for the sake of peace in the region.

"Balochistan and portions of the Pashtun-dominated tribal areas of Pakistan that were forcefully taken away and merged into British India need to be restored to their earlier status as the sovereign territory of Afghanistan," he said.

Czarnecki said the September 11, 2001 attack on the World Trade Centre in New York was a wake-up call for the West to re-visit its policy. Instead, they decided to send their troops to counter militants and allowed roots of the problem to fester.

"Since 2001, thousands of U.S. and European troops have lost their lives in Afghanistan and will continue to do so as long as we choose to bury our heads in the sand," he added.

Restive Afghanistan has the potential of adversely impacting the security and stability of its neighborhood, and the world at large, he warns in the article.

"It is time that hard decisions are taken, and the historical mistake known as the Durand Line is set right," he said.

Maintaining that relations between Afghanistan and Pakistan have deteriorated sharply over the years, Czarnecki says frequent border skirmishes are a manifestation of the inherent friction between both countries due to differences over the Durand Line.

To back his view, he cites the incident of May 7 at the Chaman border in Balochistan, when firing by the Pakistan Army resulted in the death of Afghan soldiers.

"While Pakistan maintained that it had killed 50 soldiers and injured more than 100, Afghanistan contended that only 2 had died. This incident was in retaliation to an earlier one in which 9 persons were killed and 45 injured on the Pak side, when Afghan border forces fired at Pakistan security personnel guarding a census team," he said.

Emphasizing that Afghanistan has always viewed the Durand Line as an artificial border imposed on them by the British colonial rulers of India, Czarnecki says the Durand Line was an attempt by British India to secure for itself strategic depth and a buffer against Russian advances into the Indian subcontinent through Afghanistan.

He said this artificial border drawn by the British in 1893 resulted in the formal cessation of vast tracts of what is now Balochistan and Pashtun-dominated areas belonging to Afghanistan to British India.

"During the last days of the British colonial rule, the Pashtuns residing on the British Indian side of the Durand Line, led by Khan Abdul Ghaffar Khan, popularly known as 'Frontier Gandhi', opposed the creation of Pakistan," he said.

"Pashtun identity was driven by nationalism rather than religion, and hence was not able to come to terms with the idea of a 'Muslim' Pakistan. However, when it became clear that the British rulers would not agree to the Pashtun demand for accession to India, they demanded Pakhtunistan instead, a separate homeland for the Pashtuns, a demand supported by Afghanistan. Britain was, however, keen to create a strong Pakistan, and hence, unwilling to undo the historical injustice that the Durand Line represented. Thus, the Pashtun-dominated North Western Frontier Province (NWPF) became a part of Pakistan," he added.

Czarnecki said that successive Afghan government have refused to recognize the Durand Line as the international border between Afghanistan and Pakistan since the creation of Pakistan in 1947.

He further said that Pakistan has done everything possible to preserve the status quo, not allowing a strong government in Afghanistan, capable of challenging the validity of the existing border, assisting its proxies set up the government in Kabul and limiting the influence of countries like the U.S, Russia or India, which could pose a challenge to its domination.

Czarnecki alleged that the Pashtun and Baloch areas have been deliberately neglected within Pakistan, promoting infighting among these ethnic groups, and reducing them to being mere recruiting grounds for militants, thereby enabling Islamabad to maintain its strategic relevance in the region.

"However all Afghan governments, including the Pak-supported Taliban regime, have resisted all moves by Pakistan to formalise the Durand Line.

According to former Taliban Ambassador to Pakistan, Mullah Abdul Salam Zaif, during the Taliban rule between 1996 and 2001, Pakistan tried three times to formalize the border, but was unsuccessful on each occasion.

The recent decision by Pakistan to start fencing the border, and resultant cross-border firing by Afghan forces, is a continuation of this process," he said.

Czarnecki said that Pakistan security agencies in an effort to maintain its strategic depth in Afghanistan have used terror groups as proxies to keep the country unstable and weak.

He noted that a decade of instability along this border has led to a situation where the Pakistani state has lost effective control of its western border, allowing local tribesmen to easily cross back and forth between the two countries.

"As long as this demarcation, which was initially drawn to mark areas of influence rather than as an international border, is given sanctity by the international community, Pakistan will continue to play its own 'great game' in this area, even if it is at the cost of peace in the region," he said.

Czarnecki said that this historical mistake, or more precisely the historical mischief, committed by British colonial rulers by dividing the Pashtun homeland, has been perpetuated in recent years by the U.S. and other Western countries for their strategic interests.

He added, however, over the years, the effect of instability prevailing on both sides of the Durand line is no longer limited to the region, having now spilled over also the western world.

"Continuous flows of Afghan refugees into Europe and terrorist incidents with links to the Af-Pak region are the consequences.