Protesters dislodge artwork from Paris museum to return it to Africa 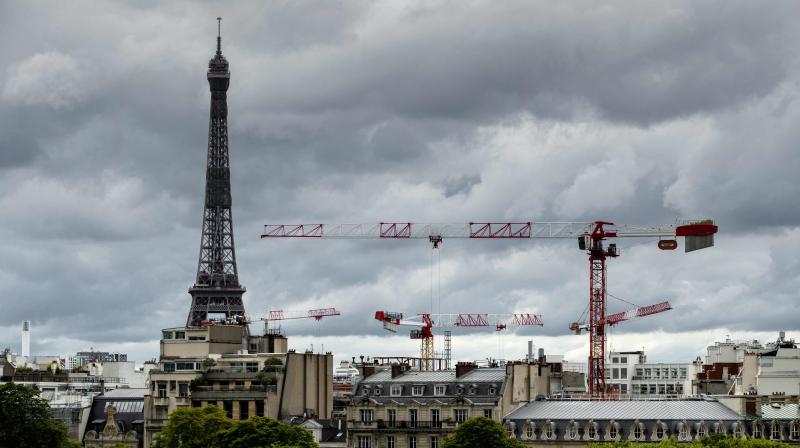 A long shot of Paris. (AFP)

Paris: Activists dislodged a 19th century African funeral pole from its perch in a Paris museum Friday and tried to walk away with it, saying they wanted to return it to Africa in a protest against colonial-era abuses.

The five protesters were stopped before they could leave the Quai Branly Museum with the artwork. They were detained for questioning, and the Paris prosecutor’s office opened an investigation into group theft of objects of cultural heritage.

The incident came amid growing anger at symbols of colonialism and slavery in the United States and Europe in the wake of George Floyd’s death and ensuing global protests against racial injustice.

France has put some statues to colonial-era figures under police protection in recent days, and Paris police have banned a new round of protests scheduled for Saturday against racism and police brutality stemming from Floyd’s death.

The culture minister said the 19th century artwork did not suffer significant damage and the museum would ensure necessary restoration. The museum would not comment, other than to say that it had filed a police complaint.

The activists posted live video of the protest online, in which Congo-born Mwazulu Diyabanza lists works in the museum from former French or Belgian colonies in Africa. He accused European museums of making millions from artworks taken from now-impoverished countries like Congo.

“It’s wealth that belongs to us, and deserves to be brought back,” he said. “I will bring to Africa what was taken.”

Culture Minister Franck Riester said he “condemns with the utmost firmness these acts which damage heritage.”

“While the debate on the restitution of works from the African continent is perfectly legitimate, it can in no way justify this type of action,” he said.

The Quai Branly museum was built under former French President Jacques Chirac to showcase and celebrate non-European art, and has a large collection of works from former French colonies.

A 2018 study commissioned by President Emmanuel Macron recommended that French museums give back artifacts that were taken without consent, if African countries request them.