Carla Del Ponte said that without an international court or prosecutor to try the Syria war crimes cases, justice would remain elusive. 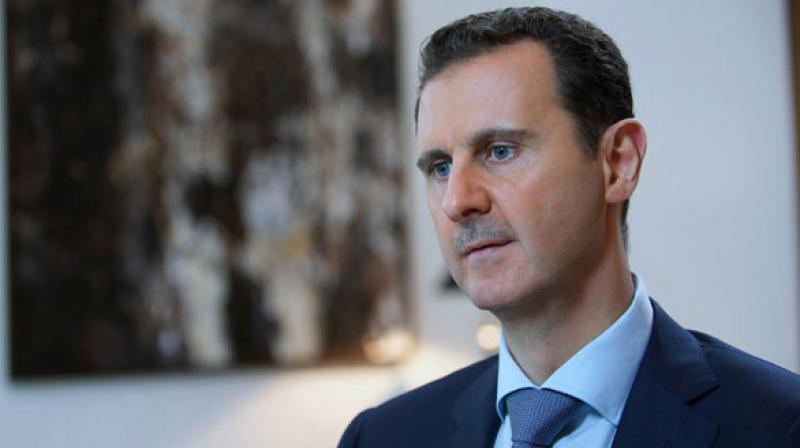 The prosecutor said that the Assad government had perpetrated horrible crimes against humanity and used chemical weapons. (Photo: AP)

Veteran former war crimes prosecutor Carla Del Ponte, who is preparing to step down after five years serving in the UN Commission of Inquiry on Syria, told Swiss media the evidence against Assad was sufficient to secure a war crimes conviction.

"I am convinced of that," she told Le Matin Dimanche and the Sonntagszeitung weeklies, adding though that with no international court or prosecutor tasked with trying the Syria war crimes cases, justice would remain elusive.

"That is why the situation is so frustrating. The preparatory work has been done, but nevertheless, there is no prosecutor and no court," she told Sonntagszeitung. "It's a tragedy."

Del Ponte, a 70-year-old Swiss national who came to prominence investigating war crimes in Rwanda and the former Yugoslavia, made the shock announcement earlier this month that she would resign from the UN commission because it "does absolutely nothing".

She lamented that "everyone in Syria is on the bad side. The Assad government has perpetrated horrible crimes against humanity and used chemical weapons. And the opposition is now made up of extremists and terrorists."

In Sunday's interviews, she said she had handed in her resignation letter last Thursday, and that she would officially step down on September 18, after the commission presents its latest report to the UN Human Rights Council.

The commission has been tasked with investigating human rights violations and war crimes in Syria since shortly after the conflict erupted in March 2011 with anti-government protests that have evolved into a complex proxy war.

The continued violence has left more than 330,000 people dead and displaced millions.

The commission, which once Del Ponte leaves will count just two members, has repeatedly urged the Security Council to refer the situation in Syria to the International Criminal Court, in vain.

"I do not want to be an alibi for an international community that is doing nothing at all," Del Ponte told Le Matin Dimanche, explaining her decision to leave the UN commission.

"My resignation is also meant as a provocation," she said, adding that she hoped it would "put pressure on the Security Council, which must deliver justice to the victims."

Del Ponte however said that if an international judicial process is eventually established for Syria, "I am ready to take on the position of international prosecutor."

She stressed that international justice was vital for Syria, where the crimes committed were "far worse" than what she had seen in the former Yugoslavia.

"Without justice in Syria, there will never be peace and thus no future," she said.