Why VS Naipaul never wrote his autobiography

The Nobel Prize and the Booker winner’s oeuvre included over 30 works including the famous A House for Mr Biswas (published in 1961). 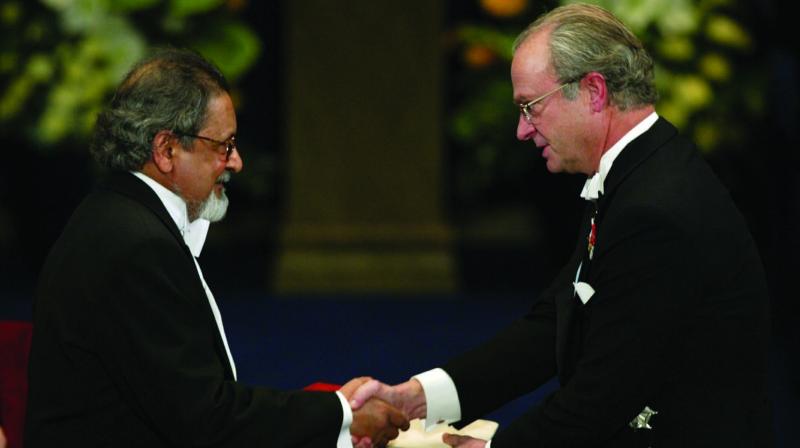 New Delhi: V.S. Naipaul produced masterpieces in both fiction and nonfiction but never attempted his autobiography saying it can distort facts.

The Nobel Prize and the Booker winner’s oeuvre included over 30 works including the famous A House for Mr Biswas (published in 1961).

According to Naipaul, fiction never lies and reveals a writer totally. But an autobiography, he felt, “can distort; facts can be realigned”.

In 2008, Patrick French came out with The World is What it Is: the Authorised Biography of V.S. Naipaul”, in which he examined among other things the legendary author’s life within a displaced community and his fierce ambition at school.

He then describes how, on scholarship at Oxford, homesickness and depression struck with great force; the ways in which Naipaul’s first wife helped him to cope and their otherwise fraught marriage; and Naipaul’s struggles throughout subsequent uncertainties in England, including his 25-year-long affair.

Vidyadhar Surajprasad Naipaul was born on August 17, 1932 in Trinidad into an Indian Hindu family and moved to England at 18 after receiving a scholarship to University College, Oxford. He subsequently settled in England, although he travelled extensively thereafter.

Vidyadhar was named for a Chandela king, the dynasty which built the temples at Khajuraho. His name means “giver of wisdom”. “Back in the early 11th century, King Vidyadhar had fought against Mahmud of Ghazni, the first of the infamous Muslim invaders of India. It was an apposite name for the boy. Years later, as V. S. Naipaul, he would say, ‘It’s such a grand name, a very special name — I cherished it for that reason. I think great things were expected of me’,” French writes in his book.