'The world watches with concern as the consequences of Pakistan’s actions have spread beyond its immediate neighbour'. 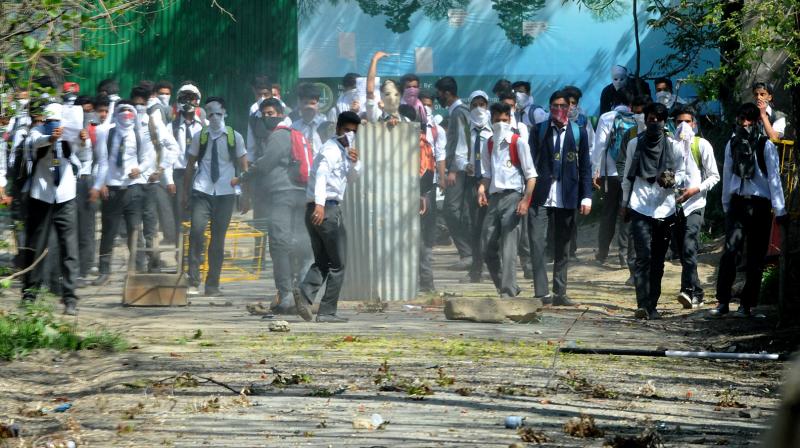 Rajiv K Chander, India’s permanent representative to the UN in Geneva, said in statement: “Pakistan has once again sought to mask its territorial ambitions and use of terrorism as a state policy under the guise of concern for human rights.”

He said, “The high number of casualties sustained by Indian security forces is a reflection of the tremendous amount of restraint displayed by them (Pakistan through cross-border terrorism) under these difficult circumstances.”

Recalling the US President Trump’s warning to Pakistan during announcement of new Afghan and South Asia strategy, India said, “The world watches with concern as the consequences of Pakistan’s actions have spread beyond its immediate neighbour.”

Chander said, “Pakistan, which has no hesitation in using air power against its own people, has continued to provide sanctuary to UN-designated terrorists.”

US President Donald Trump, in August, had made same rhetoric that Pakistan gives safe havens to terrorist outfits such as Taliban, Lashkar-e-Taiba and Haqqani network.

Stating that not only India has been affected by Islamabad’s terror activities, but people residing in Pakistan, has felt the wrath of terrorism, Chander said.

The statement read, “In contrast, the people of Pakistan as well as Pakistan occupied Kashmir have become victims of sectarian conflict, terrorism and severe economic hardship due to Pakistan’s authoritarian and discriminatory policies in complete disregard of human rights.”

India’s representative to UN also said, “Pakistan, which has systematically abused and violated the human rights of its own citizens, including in Balochistan, as well as of the people of Pakistan occupied Kashmir.”

Slamming the neighbour’s comment on Kashmir issue, the India’s representative to UN said, “Pakistan’s doublespeak and hypocrisy does not deserve the time and attention of this august forum and its distinguished members.”

Similarly that terrorism being extreme violation of human rights and should be so acknowledged by the International Community, the representative said, “India is dealing with a state (Pakistan) that regards the use of terrorism as a legitimate instrument of statecraft.”

He said, “Jammu & Kashmir is an integral and inseparable part of India and will always remain so. We reject attempts by Pakistan to denigrate the democratic choice that has been regularly exercised by the people of Jammu & Kashmir.”