Mr Putin’s two-day trip, including a forum in Tokyo, has been long in the pipeline and follows two visits by Mr Abe to Russia this year. 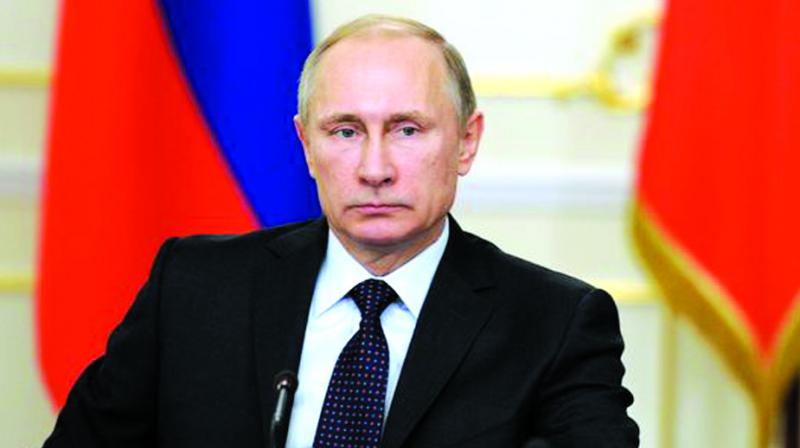 Moscow: Russian President Vladimir Putin heads to Japan on Thursday to meet Prime Minister Shinzo Abe, the latest bid to reach a deal on a territorial dispute that has prevented their nations signing a formal treaty to end World War II.

Mr Abe will host Putin at the hot springs in his ancestral city of Nagato in the hope of breaking the ice on an agreement over the Kuril Islands, seized by Soviet troops in 1945 and demanded back by Tokyo ever since.

But despite months of preparatory negotiations, hope is scant that the leaders can hammer out the differences over the four islands — known as Southern Kurils in Russia and Northern Territories in Japan — during mR Putin’s first visit.

“The absence of a peace treaty between Russia and Japan is an anachronism inherited from the past and this anachronism should be eliminated,” Mr Putin said in an interview with Japan’s Nippon TV and Yomiuri newspaper published on the Kremlin’s website on Tuesday. “But how to do this is a difficult question.” He added that Russia would strive to reach a treaty because it wants “full normalisation” of ties with Japan.

Mr Putin’s two-day trip, including a forum in Tokyo, has been long in the pipeline and follows two visits by Mr Abe to Russia this year. Mr Abe has looked to eke out concessions on the Kurils by dangling the prospect of major Japanese investment in front of Moscow, still mired in economic crisis.

“This new approach is very bold,” said James Brown, assistant professor in political science at Temple University, Japan. “He is determined to try to make a breakthrough.”

But few believe Mr Putin is likely to cave in to Japanese demands to hand back at least some control over the islands, especially after the election of Donald Trump in the US gave him an unexpected fillip.