India accused Pakistan of 'misusing' the UN platform to pursue its political objectives. 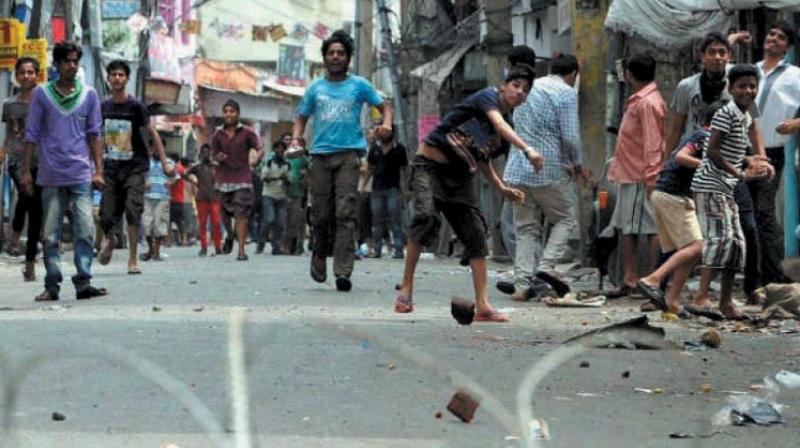 Pakistan had described the situation in Kashmir as 'India’s national shame' and said that this hateful cycle can only be stopped through political dialogue. (Photo: Representational/File)

Geneva: Pakistan has been given “concrete evidence” about its cross-border “encouragement and support” for the protests in Kashmir, India told the UN Human Rights Council (UNHRC), accusing Islamabad of resorting to “short-sighted tactics” to divert attention.

Exercising its Right of Reply during a general debate at the 35th session of the UNHRC, India accused Pakistan of “misusing” the UN platform to pursue its political objectives.

“Pakistan’s unsolicited and unwarranted comments pertaining to the Indian state of Jammu and Kashmir, which is an integral part of the Union of India, are factually incorrect and bear no relationship to reality,” India said in a statement.

Asserting that Pakistan is using terror to destabilise Kashmir, it said, “The foremost challenge to stability in Kashmir is the scourge of terrorism, which receives sustenance from Pakistan and the territories under Pakistan’s control.”

“Contrary to Pakistan’s claims, and in gross violation of UN Security Council resolution 1267, the designated terrorist entities and organisations continue to carry out their activities freely as reported in the local Pakistani print, audio-visual and social media,” it said.

India said that “concrete evidence” about cross-border encouragement and support for the protests in Kashmir has been handed over to Pakistan. “Instead of working with a sense of purpose to address this issue, Pakistan resorts to short-sighted tactics to divert attention, as we have once again seen today,” it said.

“Pakistan keeps referring to UN Security Council Resolutions on Jammu and Kashmir. However, it very conveniently forgets its own obligation under these resolutions to first vacate the illegal occupation of Pakistan Occupied Kashmir,” India said.

Pakistan had described the situation in Kashmir as “India’s national shame” and said that this hateful cycle can only be stopped through political dialogue.

India also criticised Pakistan for “blatantly” disregarding its other commitments saying, “be it under the 1972 Simla Agreement, the 2004 joint declaration foreswearing terrorism as well as the understanding between our PMs in Russia”.