May faces vote of no confidence: How will it work? 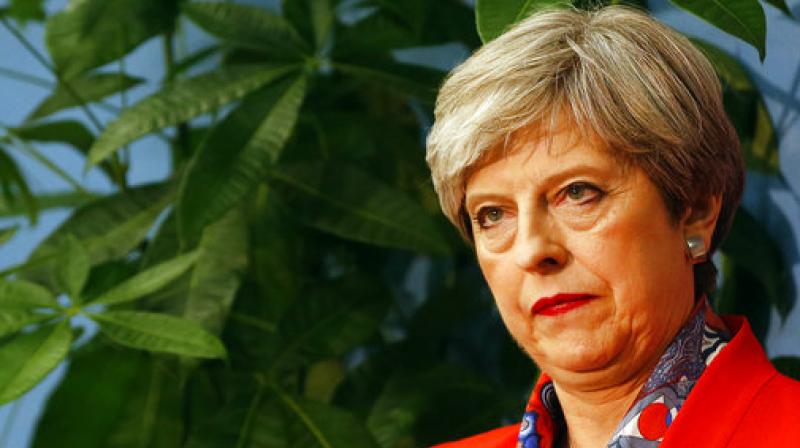 May runs a minority government which relies on the support of Northern Ireland's Democratic Unionist Party (DUP) (Photo: File)

London: The confidence vote in Prime Minister Theresa May's government taking place on Wednesday, which she is expected to win, is the first in nearly 26 years.

The vote was called by main opposition Labour leader Jeremy Corbyn following the government's historic defeat over May's Brexit deal with the European Union. Under the 2011 Fixed-Term Parliaments Act, losing a confidence motion begins a two-week process that could end in fresh elections.

If the vote is lost, the government has 14 days to regain the confidence of parliament's lower House of Commons -- majority support -- confirmed by the passing of a motion to that effect. If it cannot, then theoretically, Corbyn himself could seek to build a coalition with other opposition parties to take office. In the event that no alternative government can be formed from the current composition of the house, parliament is automatically dissolved and elections called.

May runs a minority government which relies on the support of Northern Ireland's Democratic Unionist Party (DUP) for a slim majority. Since 1900 there have been only three occasions when a government has lost a vote of confidence: twice in 1924 and once in 1979. In the last such vote, the Labour government of prime minister Jim Callaghan lost the opposition motion by just one vote: 311-310. Callaghan immediately called a general election, which brought the Conservatives to power under prime minister Margaret Thatcher.

They remained in office for 18 years. The last time a confidence motion was formally tabled in the Commons was in 1993 -- then, as now, in stormy times over Britain's relationship with Europe. Conservative prime minister John Major's government tabled the motion of confidence following its defeat in a vote on the Maastricht Treaty which turned the European Economic Community into simply the European Community, extending its competences.

Major's government won the motion by 339 to 299, shoring up his position. May, who took over from David Cameron in the aftermath of the Brexit vote, called a snap general election in June 2017, seeking to strengthen her hand in negotiations with Brussels. But the gamble backfired and she lost her majority. The Conservatives now have 316 votes in the chamber, with 320 needed for a majority.

The DUP, with whom they have a confidence-and-supply agreement, have 10 votes. The pro-Brexit DUP have indicated that they are against the EU divorce deal but want to give the Conservative government the chance to secure a better agreement. Hardcore Brexiteer Conservative MPs triggered an internal no-confidence motion in December, which May won by 200 to 117.

However, following Tuesday's 432 to 202 Commons vote against the deal, May opened the door for Corbyn to try a no-confidence motion. "We need to confirm whether this government still enjoys the confidence of the house. I believe that it does," she said.