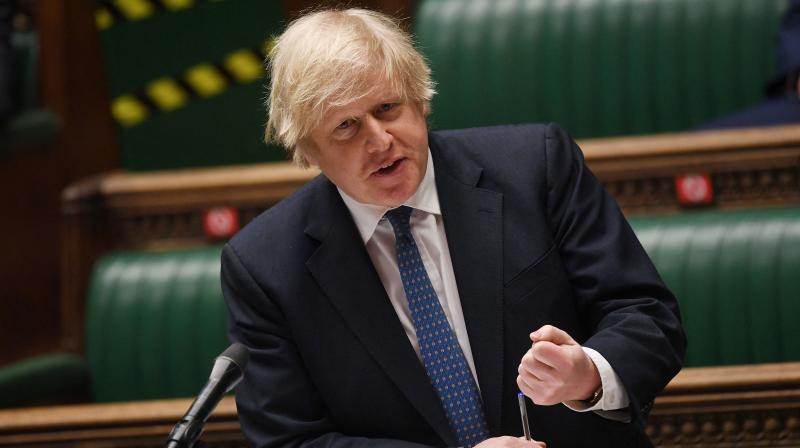 Johnson’s government said it would “tilt” its focus towards the Indo-Pacific region as part of its Integrated Review of government policy for the coming years. (JESSICA TAYLOR / various sources / AFP)

London: Prime Minister Boris Johnson will visit India at the end of April in what will be his first major international trip after Britain’s exit from the European Union as part of efforts to boost UK opportunities in the region, his office said on Monday.

Johnson had planned an Indian trip in January as part of efforts to speed up trade talks between the two nations but was forced to cancel amid a surge of COVID-19 infections at home.

At the time, his office said he had hoped to rearrange the visit before Britain hosted the meeting of leaders from the Group of Seven rich nations in June, which Indian Prime Minister Narendra Modi is due to attend as a visitor.

Johnson’s government said it would “tilt” its focus towards the Indo-Pacific region as part of its Integrated Review of government policy for the coming years, saying the area increasingly represented the geopolitical centre of the world.

Last month, Britain made a formal request to join the Comprehensive and Progressive Agreement for Trans-Pacific Partnership (CPTPP), seeking membership of the 11-country bloc to open new avenues for post-Brexit trade and influence.

It has also applied to become a dialogue partner of the Association of Southeast Asian Nations (ASEAN).

“We are pursuing trade deals from Australia to the U.S. and around the world – particularly in the Indo-Pacific region, a huge growth market for the future,” foreign minister Dominic Raab wrote in December.