The criminal probe was launched after it emerged that cladding, used on Grenfell Tower is banned in the US. 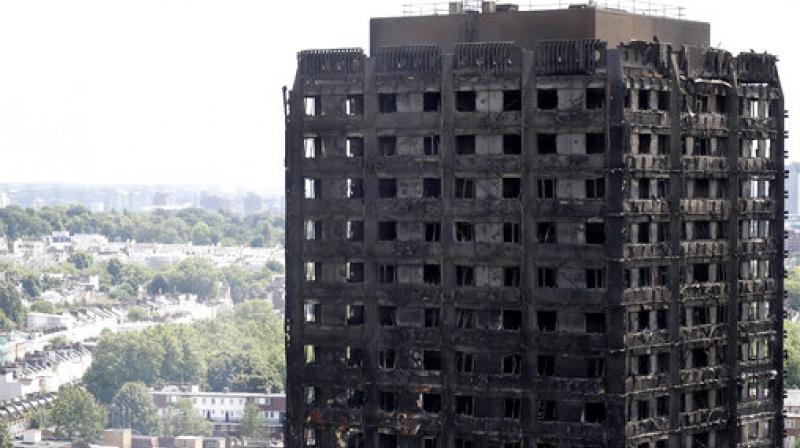 Firemen, left, inspect the scorched facade of the Grenfell Tower in London, after a massive fire raced through the 24-storey high-rise apartment building in west London. (Photo: AP)

London: The Police have launched a criminal inquiry into the Grenfell Tower fire incident that has killed 17 people so far and injured 30 others, 15 of whom are critical.

The criminal probe was launched after it emerged that cladding, used on Grenfell Tower is banned in the US, and that it would have cost just 5,000 pounds extra for the contractors to apply a fire-resistant version of paneling to the building, according to a report by the Independent.

The panels, believed to have been fitted to the outside of Grenfell Tower, are produced by US company Reynobond, which makes three types of panel: one with a flammable plastic core and two with fire-resistant cores. It is thought that contractors chose the cheaper, more combustible version for Grenfell, which has a polyethylene core and is known as PE.

Meanwhile, the police have said that some of the dead, from the devastating blaze may never be identified, as officers warned that the painful process of retrieving the victims could take months.

Among those still missing are entire families, a six-month-old baby, a young Italian couple, and a five-year-old boy, reports the Guardian.